Katra-Delhi expressway to be completed by 2023: Jitendra Singh

The Katra-Delhi expressway will help one cover the journey from Katra to Delhi in about seven hours and from Jammu to Delhi in just over six hours.
By :
| Updated on: 24 Nov 2020, 08:36 AM 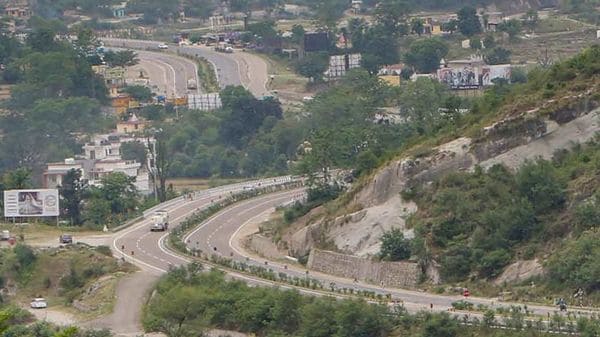 The Katra-Delhi expressway will be completed by 2023. (File photo)

The landmark Katra-Delhi expressway corridor will be completed by 2023 and it will promote religious tourism as the road will connect the holy cities of Katra in Jammu and Amritsar in Punjab, Union Minister Jitendra Singh said on Monday.

The work on the Kathua-Jammu highway extension from four-lane to six-lane has also started, the minister of state for personnel said.

Singh said that a unique feature of the Katra-Delhi expressway corridor will be that it will connect two important holy cities -- Katra-Vaishno Devi and Amritsar -- before it reaches Delhi.

"This will also promote religious tourism and at the same time, provide connectivity to industrial and economic hubs in Jammu and Kashmir, Haryana and Punjab," he said.

Singh said that it will be possible to cover the journey from Katra to Delhi in about seven hours and from Jammu to Delhi in just over six hours.

"People will then prefer to travel by road instead of undertaking rail or air journeys," the minister said.

After receiving an update on the project from the National Highway Authority of India (NHAI), Singh said this express highway is going to be a game-changer and also the first of its kind in north India when it becomes functional.

He thanked Prime Minister Narendra Modi for sanction of the project and expressed gratitude to Union Minister for Road Transport and Highways Nitin Gadkari for having approved ₹35,000 crore for its completion.

Singh said the expressway corridor will not only bring about ease of travel but also promote revenue generation and business activity, according to an official statement.

While the survey has been completed and land acquisition is under progress from Delhi up to Pathankot, simultaneously the highway from Pathankot-Kathua to Jammu will also be broadened and made into six lanes, it said.

Singh said that there had been some delay in the project due to the Covid-19 pandemic, otherwise the expressway corridor could have been completed even before the proposed timeline, the statement said.