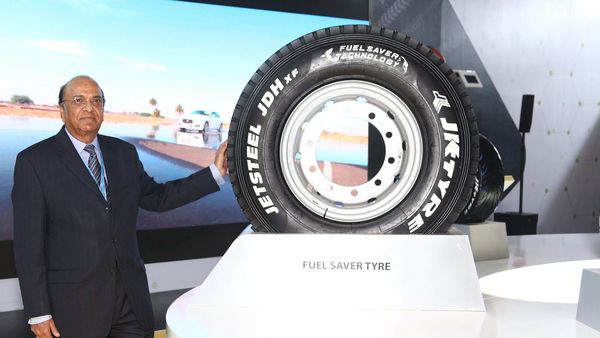 The company had posted a consolidated net profit of ₹10.27 crore in the third quarter of last fiscal, JK Tyre & Industries said in a regulatory filing.

Consolidated revenue from operations during the period under review stood at ₹2,769.28 crore as against ₹2,199.80 crore in the corresponding quarter last fiscal, it added.

"For the quarter, exceptional items include favourable foreign exchange fluctuation of ₹40.18 crore," the company said.

Commenting on the performance, JK Tyre & Industries Chairman and Managing Director Raghupati Singhania said,"JK Tyre turned out an excellent performance in Q3 - in terms of sales and profitability. This was largely driven by the increased demand for passenger, commercial vehicle as well as farm tyres."

He further said continued focus on improvement in operating efficiencies and reduction in interest costs, contributed to improved profitability.

During the third quarter all the nine plants of the company in India operated at close to 96 per cent capacity utilisation, Singhania said.

(Also Read: Tyre demand in FY21-24 may be insufficient to absorb current capacities)

Cavendish Industries Ltd, a JK Tyre subsidiary, also achieved capacity utilisation of nearly 95 per cent at its three plants. It had sales of ₹788 crore, the company said.