Demand for cars has plummeted globally as people have been ordered to stay indoors in many countries to control the spread of the coronavirus.
By : Reuters
| Updated on: 01 May 2020, 01:11 PM 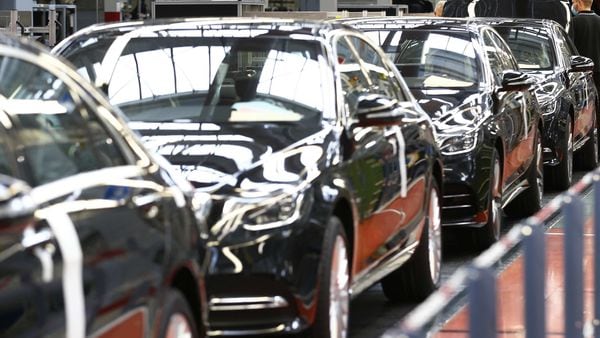 Japanese automakers have taken a big hit to sales, with their global vehicle sales dropping 34% in March. (File photo used for representational purpose).

Japan's monthly auto sales dropped to a nine-year low in April, industry data showed on Friday, after a state of emergency called by the government to contain the national outbreak of the new coronavirus left showrooms deserted.

In the latest indicator of the widening impact of the virus on the world's third-largest economy, vehicles sales fell 29% in April from the same period a year ago to 270,393, according to data from the Japan Automobile Dealers Association and an association for dealers of Japan's "kei" minicars.

The last time sales were worse was in April 2011, when Japan was struggling to cope with the impact of a massive earthquake, tsunami and nuclear disaster a month earlier. Most cars sold in Japan are produced domestically.

Sales of minicars, which account for roughly four out of every 10 vehicles sold in Japan, tumbled 34% last month, the Japan Minivehicle Association said in a statement. It cited a fall in production of the pint-sized vehicles as the further spread of the virus prompted closures at parts supplier plants overseas, leading to procurement issues.

The association added that the government's recommendations that people should stay at home barring essential outings, as well as uncertainties about the virus impact on household budgets, had led to a drop in visits to dealerships.

Demand for cars has plummeted globally as people have been ordered to stay indoors in many countries to control the spread of the virus, leaving motorways empty and deep uncertainty about the longer-term impact on the global economy.

Japanese automakers have taken a big hit to sales, with their global vehicle sales dropping 34% in March, figures showed earlier this week. Sales are set to fall further in the months ahead as the crisis continues.