In a sign of the damage so far, Toyota, Nissan, Honda and Japan's four other major carmakers reported March sales slump by more than 60% compared to last year.
By : Reuters
| Updated on: 28 Apr 2020, 04:15 PM 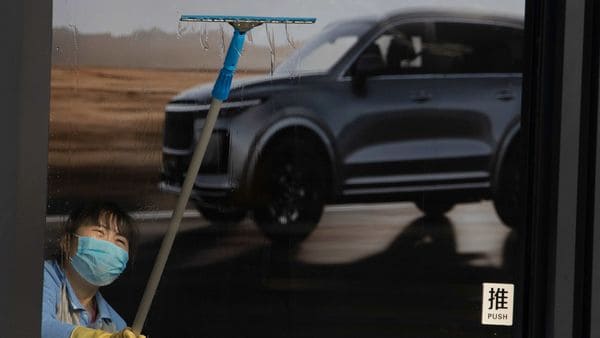 Demand for cars has plummeted as people have been ordered to stay indoors in many countries to control the spread of the coronavirus. (File photo)

Global vehicle sales by Japanese automakers dropped by 34% in March when the coronavirus outbreak spread worldwide, and are set to fall further in the months ahead as the crisis continues.

Demand for cars has plummeted as people have been ordered to stay indoors in many countries to control the spread of the coronavirus, leaving motorways deserted and deep uncertainty about the longer-term impact on the global economy.

Analysts expect that this will put consumers off buying new cars, cutting 2020 global vehicle sales by around a third, compared with an 11% fall after the global financial crisis.

In a sign of the damage so far, Toyota Motor Corp, Nissan Motor Co, Honda Motor Co and Japan's four other major carmakers reported sales of around 1.82 million cars last month, down from around 2.77 million a year earlier.

Their combined global sales for the financial year ended March fell 7.3% to 26.5 million vehicles, their lowest in four years, calculations by Reuters based sales figures announced on Tuesday by individual automaker showed.

Meanwhile Nissan sold 315,194 vehicles last month, a 43% drop from a year ago. In the year to March, its vehicle sales hit a nine-year low of around 4.8 million units as the pandemic piled pressure on Japan's No. 2 automaker, which had already been struggling with falling sales and profitability.

Most automakers are preparing for a big financial hit from the coronavirus, as lockdowns in the United States and Europe have kept buyers out of dealerships.

But Nissan's sales and profits had been falling even before the outbreak, forcing it to roll back on an aggressive expansion plan pursued by ousted leader Carlos Ghosn.

Chris Richter, senior research analyst at brokerage CLSA, expects that the size of last month's fall in global vehicle sales will continue in the next year, and anticipates a 35% drop in sales for the current financial year ending March.

"Every automaker is going to have to do whatever they can to preserve fixed costs to try and contain the situation," he said.

"For Nissan in particular this doesn't come at a good time because it's trying to recover from some bad financials, and it has an old product line up and needs to invest in new product technology."

Nissan expects to post its first annual operating loss in 11 years, revising a previous forecast of a profit and delaying its results announcement to late May.