Automakers see massive drop in sales in March due to lockdown, BS 6 transition 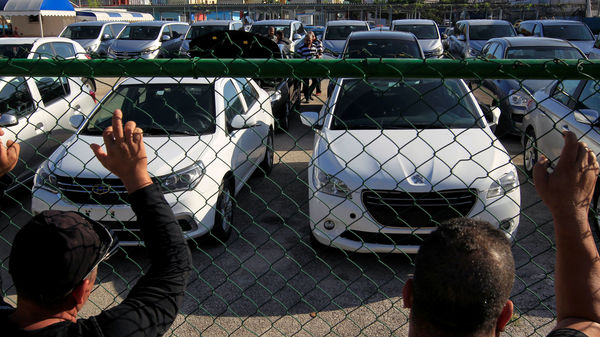 The country's leading car makers Maruti Suzuki India (MSI) and Hyundai Motor reported steep drop in sales in March as the transition to BS 6 emission norms and the Covid-19 lockdown impacted the dispatches.

Sales of utility vehicles, including Vitara Brezza, S-Cross and Ertiga, also declined 53.4 per cent to 11,904 units in March.

"Our performance in March has been muted on account of the impact of the current lockdown related to Covid-19 and the disruption in our BS 6 ramp-up plan," M&M Chief Executive Officer (Automotive Division) Veejay Ram Nakra said.

The latter was planned between February and March but was affected due to the challenges of parts' supply from global and local suppliers, he added.

Tata Motors said its total domestic sales were down 84 per cent at 11,012 units as compared to 68,727 units in March last year.

"Even though the company has been long successful in liquidating all BS 4 stock and transitioning to a 100 per cent BS 6 manufacturing facility, last month has been very challenging for us, both in terms of sales as well as production," TKM Senior Vice-President Naveen Soni said.

With the spread of Covid-19 threat in various parts of the country followed by the 21 days national lockdown, the company's priority was to ensure the safety and wellbeing of all its stakeholders and most importantly the dealers and their staff who are at the frontline, he added.