American Axle supplies the electric drive system for the British brand’s debut plug-in crossover, but sales are running at roughly half of what the carmaker expected.
By : Bloomberg
| Updated on: 26 Feb 2020, 09:17 AM 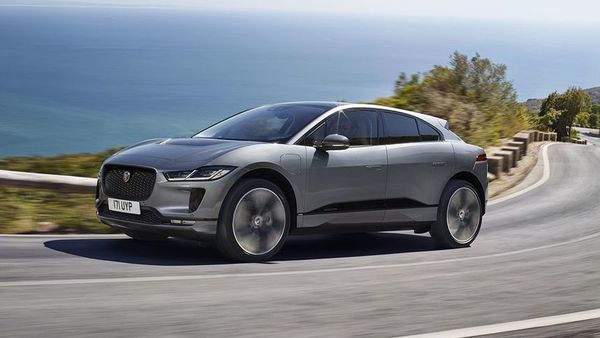 American Axle & Manufacturing Holdings Inc., a supplier that derives three quarters of its sales from trucks and SUVs, knows the times are a-changing for the auto industry: going electric is the way of the future.

But almost all battery-powered models have been slow off the blocks, sales-wise. Take Jaguar’s I-Pace for example. American Axle supplies the electric drive system for the British brand’s debut plug-in crossover, but sales are running at roughly half of what the carmaker expected.

“We’ve had to adjust our business accordingly," American Axle Chief Executive Officer David Dauch said at an investor conference Tuesday. “That’s just a reflection of where electrification is, period. The Volt was that way, the Bolt was that way, the Leaf has been that way," he said, referring to two Chevrolets and one Nissan model.

“The only thing that’s really met its numbers," Dauch said, “and it took some time to meet its number, was Tesla."

Dauch’s comments are an unusually candid assessment of the bind major auto suppliers find themselves in. With global vehicle demand already shrinking, they’re also being forced to support carmakers making an uncertain shift away from the tried-and-true internal combustion engine. So far, only Tesla Inc. and its Model 3 sedan has proved compelling enough to be bought in significant volumes.

“We’re not here to argue electrification," Dauch said during a Wolfe Research conference in New York. “We’re here to say that electrification is here, it’s only going to grow going forward."

Dauch, 55, took over as CEO from his father, Dick Dauch, in 2012, a year before the co-founder of the company died. Electric trucks, sport utility vehicles and crossovers pose the “biggest threat" to American Axle’s core business, David Dauch said. He specifically mentioned Rivian Automotive Inc., which raised almost $3 billion last year from investors including Amazon.com Inc. and Ford Motor Co. and plans to start selling R1T pickups and R1S SUVs late this year.

“You’re seeing some of the lifestyle vehicles that are coming out or leisure vehicles that are coming out with the Rivians and the others," Dauch said. “I acknowledge and applaud what they’re doing there. I think it’s great with the technology. I don’t see that cannibalizing the existing truck and SUV market today. I actually see it adding to that."

Workhorse trucks that are purpose-built for agriculture and construction work are going to continue to be around for some time, and they’ll primarily have internal combustion or gas-electric hybrid powertrains, Dauch said. While he sees American Axle continuing to benefit from demand for those big rigs, the company also is going to supply a high-performance luxury electric vehicle that he didn’t identify, plus a battery-powered model for Baojun, General Motors Co.’s budget brand in China.

“I want us to have product offerings that are bookshelf technology and when the market and the customers are ready for that technology, we’re prepared to support that," Dauch said. “We’re kind of like a duck on water, where we look calm on top of the water. But when we’re in the water, we’re paddling like hell."