It's raining sub-compact SUVs: After Kia Sonet, Toyota to drive in Urban Cruiser

Urban Cruiser is essentially a rebadged Vitara Brezza but promises to have its own unique highlights.The sub-compact SUV segment in India is tightly contested with newer rivals like Kia Sonet mounting a challenge to current crop of players like Venue, Brezza and XUV300.
By : HT Auto Desk
| Updated on: 20 Sep 2020, 07:17 PM 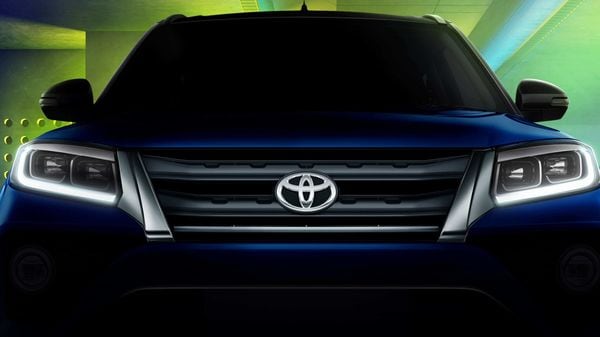 Toyota will drive in Urban Cruiser sub-compact SUV in India on September 23.

All eyes are firmly set towards the Toyota Kirloskar Motor camp in the upcoming week as it gets set to launch Urban Cruiser on September 23 in what is a determined move towards the sub-compact SUV segment which is currently gaining a whole lot of traction. While Kia Sonet's launch a few days ago has promised to add mighty zing to an already lucrative segment, the Urban Cruiser too is looking at putting up a stiff fight.

The sub-compact SUV segment is not just lucrative but is hotly contested as well. Dominated by Maruti Suzuki Vitara Brezza before Hyundai Venue decided to take the lead, it also features Mahindra XUV300 and Tata Nexon. But the established players are facing a lot of heat from newer rivals and the likes of Sonet, Urban Cruiser and even Nissan Magnite - scheduled for an early 2021 launch - promise to offer a showroom full of options.

The fate of and reception to the Urban Cruiser would be extremely interesting because while the vehicle is essentially a rebadged version of Brezza, it promises have its own unique elements. This is largely thanks to a bold dynamic grille, LED projector headlamp, LED fog lamps on the outside. The cabin will feature a smart playcast touchscreen, and dual-tone premium interiors.

Urban Cruiser sub-compact SUV will be Toyota's second spin-off of a Maruti car, the first one being the Baleno hatchback which is sold as the Glanza in the Indian market. While Toyota has enjoyed a whole lot of success with its bigger cars like Fortuner and Innova Crysta in the Indian market, the company's foray into smaller segments have been a hit and miss. Glanza may have fared reasonably well but the likes of Yaris sedan have tanked completely. Urban Cruiser, therefore, will carry the weight of a whole lot of expectations, especially as the festive period beckons.