Vehicles using this facility can now make payment for entry and exit through FASTag. This will drastically bring down waiting time at the gate for cash payments and reduce queues at the entry and exit of the metro parking lot.
By : HT Auto Desk
| Updated on: 07 Jul 2021, 10:21 AM 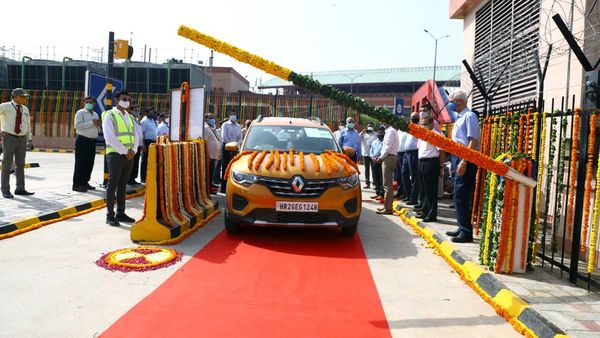 The parking lot is a Multi-Model Integration (MMI) facility. It is located at Gate No 6 of the Kashmiri Gate Station and can accommodate 55 four-wheelers and 174 two-wheelers. Vehicles with valid FASTag stickers only will be allowed to park in the facility.

Vehicles using this facility can now make payment for entry and exit through FASTag. This will drastically bring down waiting time at the gate for cash payments and reduce queues at the entry and exit of the metro parking lot.

Mangu Singh, Managing Director of DMRC, inaugurated the facility on Tuesday. He said, "The cashless parking project is a major step as part of the government's 'Digital India' initiative. We have taken this up as a pilot project. After observing the response, we will plan similar systems at more parking facilities at our stations."

"DMRC would explore more opportunities to go digital wherever there is a scope. That the move would not only help the DMRC in modernising the facilities but also would help the commuters by saving their time and ease the process. Under MMI, the DMRC have many other projects, that would be implemented in a graded manner," he added.

The parking facility also has dedicated lanes for public transport vehicles such as auto, taxi and e-rickshaws as part of the Multi-Model Integration initiative. The MMI facility was inaugurated in the presence of senior officials of DMRC and the National Payments Corporation of India.