India will not extend 2022 deadline for tighter fuel efficiency rules 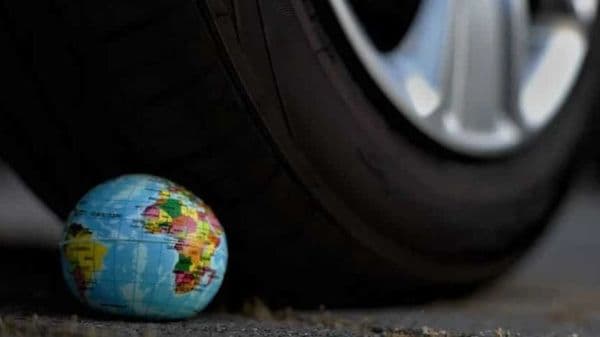 Vehicular emissions are seen as one of the biggest sources of global pollution.

India will not extend an April 2022 deadline to tighten fuel efficiency standards, in a setback for carmakers which are lobbying for more time, government and industry sources told Reuters.

"The deadline to meet CAFE norms will not be extended," a senior government official told Reuters, adding that some concessions could be considered if it sees serious intent by automakers to invest in clean technologies.

The push to delay the rules by two years is being led by the Society of Indian Automobile Manufacturers (SIAM), an industry group that represents major carmakers in India including top sellers Maruti Suzuki and Hyundai Motor.

Executives from Maruti and Mahindra & Mahindra were part of a SIAM delegation that discussed the matter with transport ministry officials on March 2.

India introduced a first phase of CAFE requirements in April 2017, giving carmakers until the end of March next year to cut carbon emissions from new cars to 130 grams per kilometer.

In a second phase starting from April 1, 2022, India has proposed a further cut to 113 grams per kilometer.

Automakers in India including Maruti, Hyundai, Tata Motors, Volvo and Ford Motor are closest to meeting the April 2022 target, according to auto consultancy JATO Dynamics' CAFE report, while Mahindra, Toyota Motor and Stellantis have more ground to cover.

JATO's analysis is based on fuel efficiency data provided by automakers or road transport ministry guidelines.

Carmakers have argued that they would find it difficult to make further investments to meet the stricter requirements, especially as profits have been hit by slumping sales over the last two years.

An economic slowdown in 2019 and the coronavirus pandemic in 2020 caused annual passenger vehicle sales to fall by around 30% over the period.

Not extending the deadline would force some companies to invest in cleaner technologies while also adjusting to sell fewer gas-guzzling sport-utility vehicles, which are currently in high demand, said Ravi Bhatia, president for India at JATO.

Sticking to the deadline, however, would allow India to cut its fuel import bill, curb pollution and meet its carbon reduction targets under the Paris Accord.

"There eventually might be a middle path that does not hurt the companies financially but also allows the government to maintain its aggressive attitude towards carbon reduction," one industry source said.

The CAFE rules also aim to bring regulations for carmakers in India in line with global standards.

Hybrid and electric vehicle sales have increased in Europe, for example, where carmakers face heavy penalities if they don't develop low-emission technology.

India has not yet set penalties for companies that do not meet the stricter CAFE requirements.

"If we see progress by companies, we could look at some concessions around any penalties or other areas where it is possible to be flexible," the government official said.