India switches to world's cleanest petrol, diesel with no increase in prices

India leapfrogged from BS 4 grade fuel straight to BS 6 grade, equivalent to Euro 6 fuel.Oil companies decided against increasing the cost of petrol and diesel.Instead, they adjusted it against the reduction warranted from international oil prices plummeting to a 17-year low.
By : PTI
| Updated on: 01 Apr 2020, 04:23 PM 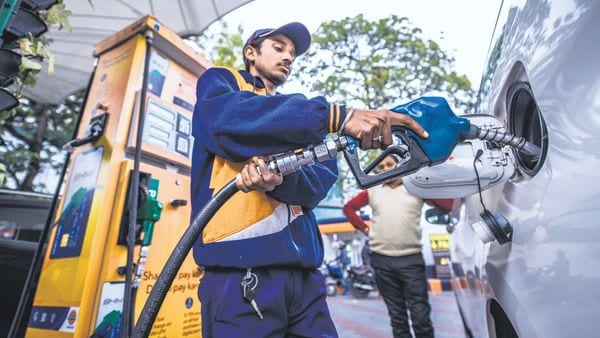 India on Wednesday joined a select league of nations having the world's cleanest petrol and diesel as oil companies rolled out Euro-VI emission compliant fuels without either disruption or a price increase.

Leapfrogging from BS 4 grade fuel straight to BS 6 grade, equivalent to Euro 6 fuel, petrol and diesel would have resulted in an up to Re 1 per litre increase in cost but oil companies decided against passing this on to consumers and instead adjusted it against the reduction warranted from international oil prices plummeting to a 17-year low.

"We are today 100 per cent supplying BS 6 petrol and diesel. All the over 68,700 petrol pumps in the country are selling the cleaner fuel from today," said Sanjiv Singh, Chairman, Indian Oil Corp (IOC) - the firm that controls roughly half of the market. He said there is no change in the retail selling price of the fuels because of the switchover.

Oil companies have not changed petrol and diesel price for over a fortnight now as they first adjusted the reduction warranted against the ₹3 per litre increase in excise duty and now are setting off the increased cost of BS 6 fuel. Petrol and diesel rates were last revised on March 16. A litre of petrol in Delhi comes for ₹69.59 and diesel is priced at ₹62.29.

Singh said the switch over from BS 4 to BS 6 was achieved in just three years, a feat not seen in any of the large economies around the globe. India will join the select league of nations using petrol and diesel containing just 10 parts per million of sulphur as it looks to cut vehicular emissions that are said to be one of the reasons for the choking pollution in major cities.

"We have as oil industry stuck to the timelines given by the government for a switchover to BS 6 fuel from April 1," Singh told PTI. "In fact, we had been supplying BS 6 fuel for almost three weeks now."

Besides IOC, Bharat Petroleum Corp Ltd (BPCL), as well as Hindustan Petroleum Corp Ltd (HPCL) too, started supplying BS 6 grade fuel much before the April 1 deadline. While a BPCL official said the company started supplying BS 6 grade fuel from all its 16,000 petrol pumps, HPCL Chairman and Managing Director M K Surana said the company's refineries started production of the new grade of fuel in January and progressively all the 16,400 pumps have taken to supplying the new fuel.

Singh said it was a conscious decision to leapfrog to BS 6 as first upgrading to BS 5 and then shifting to BS 6 would have prolonged the journey to 4 to 6 years. Besides, oil refineries, as well as automobile manufacturers, would have had to make investments twice - first to producing BS 5 grade fuel and engines and then BS 6 ones.

India adopted a fuel up-gradation programme in the early 1990s. Low lead gasoline (petrol) was introduced in 1994 in Delhi, Mumbai, Kolkata, and Chennai. On February 1, 2000, unleaded gasoline was mandated nationwide. Similarly, BS-2000 (Euro-I equivalent, BS-1) vehicle emission norms were introduced for new vehicles from April 2000. BS-II (Euro-II equivalent) emission norms for new cars were introduced in Delhi from 2000 and extended to the other metro cities in 2001. Benzene limits have been reduced progressively from 5 per cent in 2000 to 1 per cent nationwide.

Lead content in gasoline was removed in phases and only unleaded gasoline is being produced and sold from February 1, 2000. The octane number of gasoline signifies the improved performance of the engine. Loss in octane number due to phasing out of lead was made up by installing new facilities in the refinery and changes in refinery operation. RON (Research Octane Number) of gasoline for BS-2000 spec was increased to 88. This has over time been increased to 91.