Oil prices failed to revive even after Donald Trump said he discussed the collapse with his Russian and Saudi counterparts.Futures crashed 66% in the first three months of the year as the coronavirus outbreak destroyed demand.
By : Bloomberg
| Updated on: 01 Apr 2020, 02:19 PM 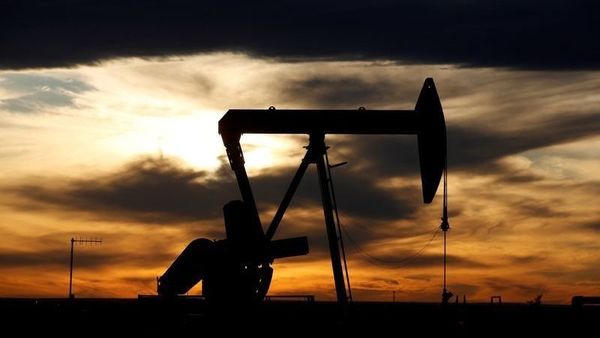 Oil was rooted near $20 a barrel as President Donald Trump’s pledge to meet with feuding producers Saudi Arabia and Russia to support the market failed to bolster prices after their worst ever quarter.

Futures crashed 66% in the first three months of the year as the coronavirus destroyed demand and the world’s biggest producers embarked on a catastrophic supply free-for-all. Prices extended losses on Wednesday even after Trump said he discussed the collapse with his Russian and Saudi counterparts, adding that Moscow and the kingdom would “get together" to seek a solution. Any agreement to cut output is likely too late and would fall short of the loss in consumption, according to Goldman Sachs Group Inc.

The outlook for oil looks terrible, with oil facing a potentially apocalyptic April, according to top industry analysts. Iraq has pledged to boost its output this month, while U.S. industry data is signaling the biggest weekly increase in American stockpiles since 2017.

“The possibility of negotiations is offering a rare ray of light to a heavily beleaguered market," said Howie Lee, a Singapore-based analyst at Oversea-Chinese Banking Corp. “There are too many uncertainties involved to determine how strong a driver this would be, but it would probably take more than output cuts to lift prices back to pre-crash levels."

The physical oil market continued to show deepening strain. Dated Brent, the benchmark for two-third of the world’s real oil supply, was assessed at $17.675 on Tuesday, down 11.5 cents from Monday when it was already the lowest price since 2002. Across major shale regions in Texas and North Dakota, oil has dropped below $10 a barrel, while some lesser known grades have posted negative prices.

While Trump said he would join in a meeting with the former OPEC+ allies “if need be," the first wave of crude from Saudi Arabia is already on its way toward Europe and the U.S. as it escalates its price war with Russia. The flood comes at a precarious time for the market, with daily oil consumption possibly dropping by as much as 22 million barrels in April from a year earlier as lockdowns across the world due to the virus outbreak dents demand.

An output agreement between the U.S. and OPEC+ including Canada would be difficult to reach, but signs of policy discussions are multiplying and an outcome should no longer be dismissed, according to Goldman. The bank predicts the crash in consumption will create a surplus of 14 million barrels a day in the second quarter, piling pressure on swelling storage tanks.

West Texas Intermediate for May delivery lost 31 cents, or 1.5%, to $20.17 a barrel on the New York Mercantile Exchange as of 7:35 a.m. in London after swinging between gains and losses earlier. The contract rose 1.9% on Tuesday to settle at $20.48. Prices declined 54% last month. Brent crude for June settlement fell 3.6% to $25.40 after dropping 7 cents in the previous session.

The American Petroleum Institute reported U.S. crude stockpiles ballooned by 10.5 million barrels last week, according to people familiar with the data. If government figures Wednesday confirm the build, it would be the largest nationwide gain since February 2017. A Bloomberg survey of analysts is predicting a 3.3-million barrel increase.