T Natarajan is one of several young stalwarts who have been gifted a Thar SUV for stellar showing in the series against Australia.
By : HT Auto Desk
| Updated on: 02 Apr 2021, 08:33 AM

India cricketer T Natarajan with the Thar gifted to him for his efforts with the ball against Australia.

He was one of the biggest highlights from India's successful cricket campaign against hosts Australia in the series played Down Under earlier this year. And for his exploits with the ball, T Natarajan was gifted a brand new Mahindra Thar SUV by Mahindra Group chairman Anand Mahindra. The cricketer received his Thar recently and took to Twitter to post images of the vehicle and express his gratitude.

Natarajan was a key force in India's bowling attack and walked away with six wickets in three T20I matches against Australia. He also picked three Test wickets and had two scalps from the solitary ODI he featured in. That India played minus several experienced campaigners, and walked away with memorable wins, made Natarajan's efforts even more special. 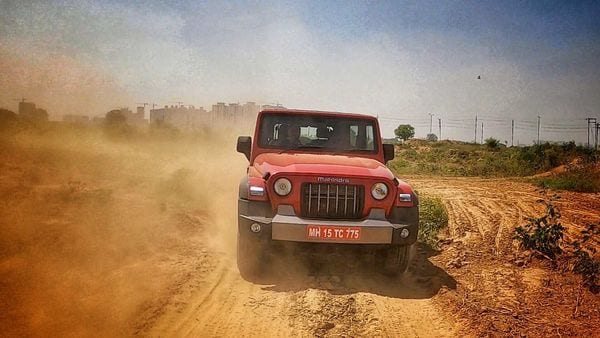 As such, Mahindra had announced shortly after the series Down Under that he would gift a Thar to Natarajan, among other strong performers like Mohammed Siraj, Shubman Gill, Shardul Thakur, Navdeep Saini and Washington Sundar. The car meant for Natarajan arrived recently and he took to Twitter to express his feelings. "Playing cricket for India is the biggest privilege of my life. My rise has been on an unusual path. Along the way, the love and affection, I have received has overwhelmed me," he wrote. "As I drive the Mahindra Thar today, I feel immense gratitude towards Anand Mahindra for recognising my journey & for his appreciation. I trust sir, that given your love for cricket, you will find this signed shirt of mine from the Gabba Test, meaningful."

As I drive the beautiful @Mahindra_Thar home today, I feel immense gratitude towards Shri @anandmahindra for recognising my journey & for his appreciation. I trust sir, that given your love for cricket, you will find this signed shirt of mine from the #Gabba Test, meaningful 2/2

Mahindra had previously taken to his own Twitter account to hail the efforts of the youngsters, some of whom had made their debut in the series against Australia. "The reason for this gift is to exhort young people to believe in themselves & ‘Take the road less traveled.’ Bravo Mohammed, Shardul, Shubhman,Natarajan,Navdeep & Washington! I now plead with @Mahindra_Auto to get them their THARS on priority," he had written.