In this city, cars run red lights and bikes are considered 'plagues'

No exam needed to get a driver's license. Just an ID, proof of residence and a fee.With priority to keep traffic moving, pedestrians are lowest priority.
By : AFP
| Updated on: 29 Nov 2019, 09:21 AM

It's a peculiar scene: in the middle of a busy Mexico City intersection, police officers earnestly blow their whistles, instructing oncoming traffic to stop -- as indifferent drivers speed past them by the dozens.

Undeterred, the cars waiting on the cross street enter the intersection, too. They zigzag to avoid the others, sending pedestrians running for their lives as they try to cross Chapultepec Avenue, one of Mexico City's vital but horribly clogged arteries.

"You have to be on the look-out. Here, cars run red lights, they ignore pedestrian crossings," says one, Regina Serratos.

"Nobody stops for anybody," adds her friend Ruben Esposito. "It's horrible." 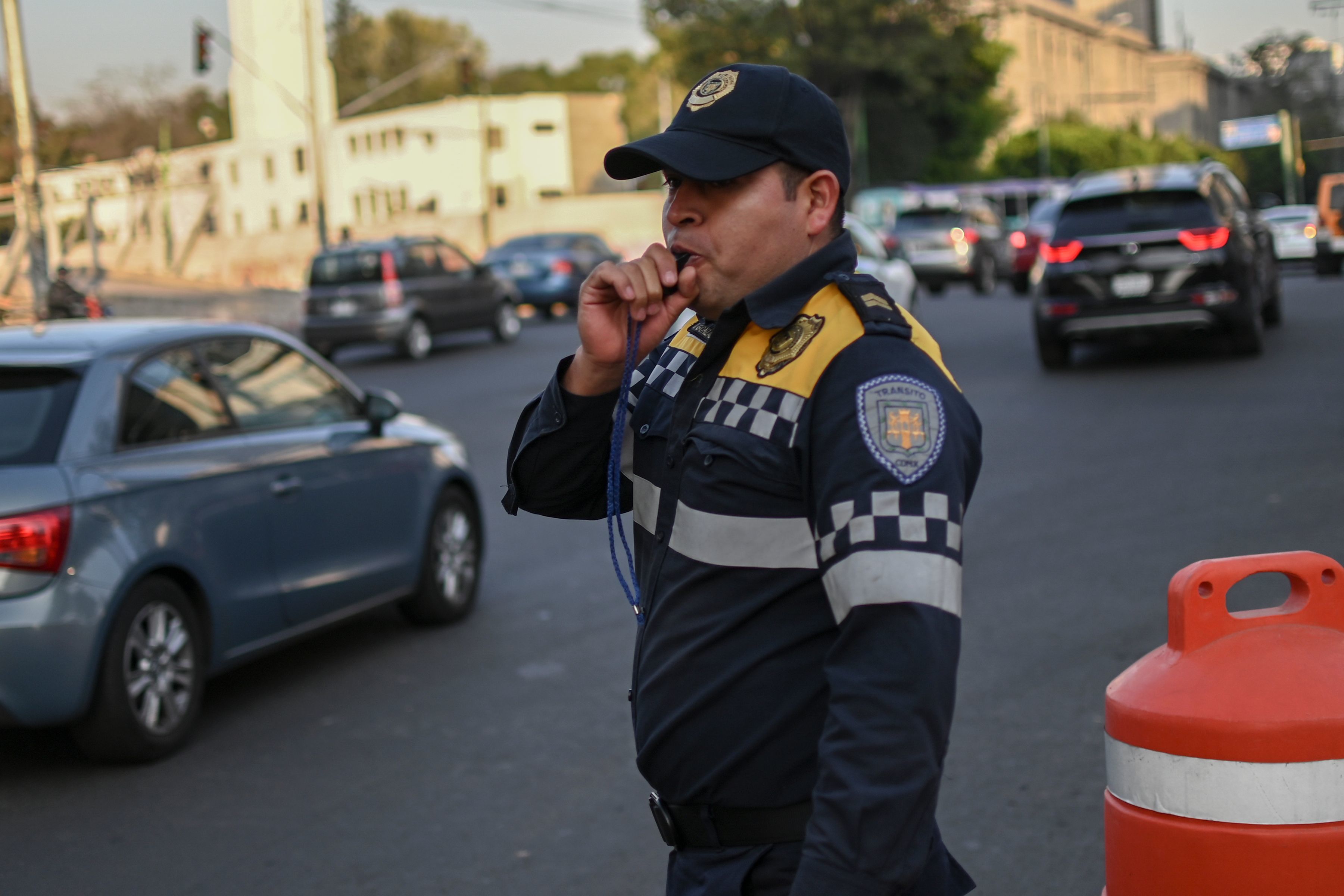 To the outside observer, this chaotic scene, set to a soundtrack of blaring horns and screeching tires, looks like something out of Dante. For residents of the Mexican capital, it is just another morning commute.

"The police blow their whistles, but no one cares. Public authorities are perceived as corrupt bribe-grubbers here. No one trusts them or respects them," a high-ranking official at city hall told AFP, speaking on condition of anonymity.

"Not to mention the fact that drivers usually have no idea why they're being whistled at," he said.

There is a reason for that.

Like several states across the country, Mexico City -- whose greater urban area is home to more than 20 million people -- does not require an exam to obtain a driver's license. An ID, proof of residence and a fee of 754 pesos (about $40) are all it takes.

There is also the fact that the city government has defined the traffic police's priority as keeping traffic moving.

Pedestrians and cyclists -- whose protection is, notably, not the priority -- have good reason to be afraid.

"Bikes and electric scooters are like motorcycles: a plague. Sometimes I try to watch out for them, and sometimes I don't," said taxi driver Jose-Carlos Mendoza, 59, from behind the wheel of his Chevy as he weaved through the traffic in a brutal staccato of stops and starts. 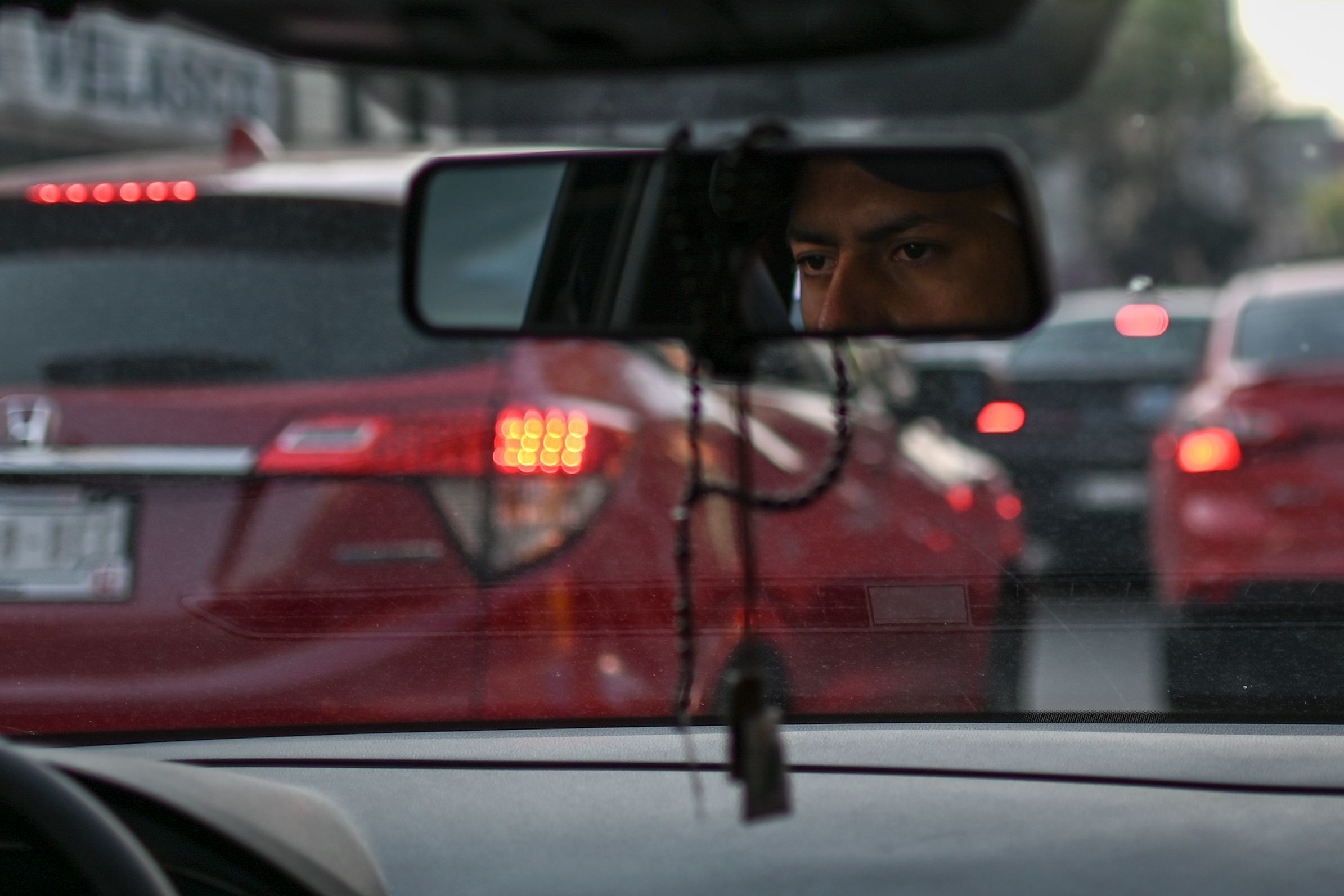 A man waits inside his car at a busy street in Mexico City. (AFP)

When cars are not running red lights at deadly speed, they are often idling in the sprawling city's snarled traffic.

Mexico City has some of the nastiest traffic jams on Earth -- the worst in the world, according to a study by TV network Imagen, or fourth-worst, according to traffic data firm Inrix.

The city government is trying to bring order to the chaos.

Whereas it used to delegate the job of collecting traffic fines to private firms that operated cameras and radars at intersections -- a system marred by rampant corruption -- this year it began operating the fine system itself.

"The new system is transparent and not profit-motivated," the local transportation ministry says on its website.

"It prioritizes awareness-raising and education on the rules of the road."

The city has also deployed motorcycle cops to explain to drivers that they should not block bike lanes, double park or unload trucks in the middle of an avenue.

"Most of the time, drivers don't realize they're doing anything wrong," said Nadjeli Babinet, an official with the transportation ministry.

"They're just used to the idea that they have absolute power. We're trying to change that culture."