With budget cuts seemingly inevitable, police departments are likely to axe equipment and necessitate fewer vehicles.Segment leader Ford and other police-car manufacturers including Fiat and General Motors compete for contracts that have provided stable profits and image-related benefits.
By : Bloomberg
| Updated on: 18 Aug 2020, 10:43 AM 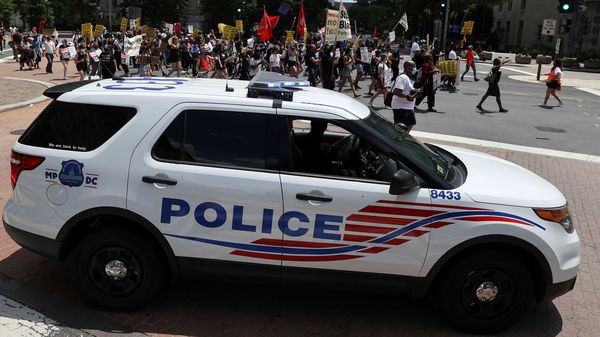 Police departments are under siege by twin crises: State and local coffers have been decimated by the coronavirus pandemic, and the Black Lives Matter movement is pressuring officials to target police budgets for cuts. That’s bad news for the automakers that supply law-enforcement vehicles, a niche business seen as a lucrative market not long ago.

Segment leader Ford Motor Co. and other police-car manufacturers including Fiat Chrysler Automobiles NV and General Motors Co. compete for contracts that have provided stable profits and image-related benefits. Most are gussied up versions of their mass-market cars and trucks, so they can be produced relatively cheaply but with lots of upgrades such as motion detectors and 12-inch touch screens.

And there’s been no better way to signal toughness and durability than by making the vehicle-of-choice for cops chasing suspects down gritty streets and unpaved roads.

“It’s a highly visible branding message to see first responders driving these vehicles," said Michelle Krebs, an analyst with car-shopping researcher Autotrader. “These vehicles really have to perform and accelerate quickly, so it gives some street credit in terms of the performance."

With budget cuts seemingly inevitable, police departments are likely to axe equipment to save jobs. And the headcount reductions they do make will necessitate fewer vehicles. Data on police fleets nationwide are hard to come by, but a look at some of the largest departments shows competition among major automakers is intense.

The New York City Police Department, one of the largest in the country with a fleet of 9,000 vehicles, already has begun cutting back. In fiscal year 2020, it bought the smallest fraction of sport-utility vehicles since it started turning toward the larger, pricier models. Of the 534 new vehicles purchased -- down more 50% from last year’s total -- only 29 were SUVs, according to department data obtained by Streetsblog and provided to Bloomberg News. 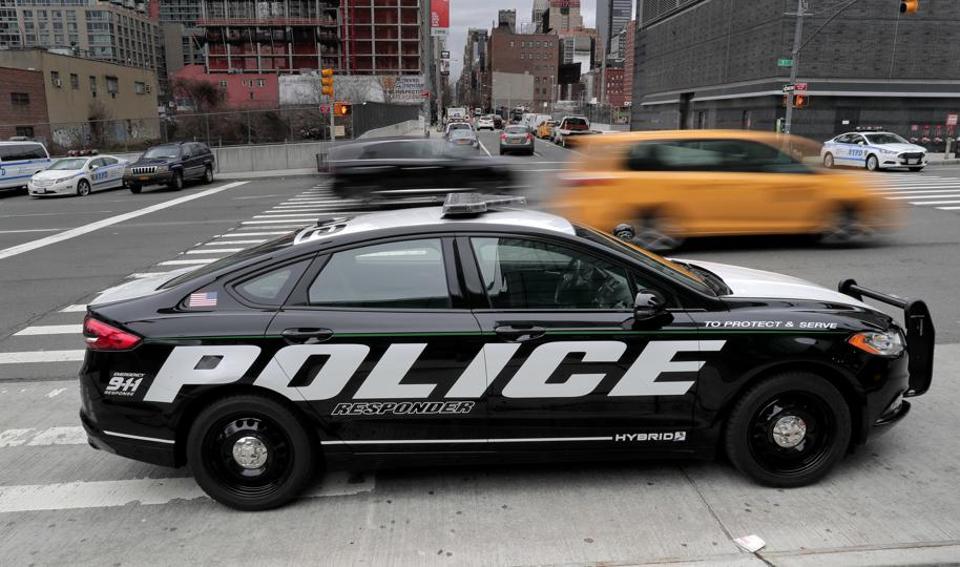 A prototype of the Ford Fusion police hybrid car

The NYPD did not respond to requests for an interview, but the $1 billion budget cut announced in June likely contributed to the changes. The city specified savings of $5 million in deferred fleet purchases -- and that may be just the beginning.

“When you have one sixth of the budget cut, you can easily extrapolate there will be impact on the number of purchases but also on maintenance," said Maria Haberfeld, professor of police science at John Jay College of Criminal Justice in New York. “Generally, 85% to 90% of any police budget is allocated to salaries, benefits and overtime for officers and civilian employees. The remaining 10% to 15% -- divided between training and equipment -- is usually the first to go."

As a direct result of the budget cut, the NYPD eliminated its July recruiting class, reducing headcount by 1,163 uniformed officers. Between May 25 through August 12, some 798 officers retired and another 1,130 filed paperwork to follow suit, according to the NYPD. That is up from 545 retirements and 444 filings during the same period last year. Together, these changes could significantly reduce the number of vehicles needed for patrol.

Ford’s domination of the law-enforcement segment has long given it bragging rights, but recently its industry-leading position has become controversial among at least some company employees who see that as abetting police abuses.

For the past five years, a version of the Explorer SUV has been the must-have vehicle for law enforcement agencies as the automaker abandoned sedans for sport-utility vehicles and pickups, following a trend in the civilian passenger-vehicle market. Ford ended production of its last sedan -- the Fusion -- on July 31 and has ceased making an iteration for police.

The company delivered almost 3,000 Interceptor SUVs last month, double the June total, as it ramped up output of the law enforcement sport utility following a coronavirus-induced production shutdown in the spring. Ford also makes police versions of its F-150 truck and Transit van.

These larger vehicles, while providing officers with additional room and comfort, also are more costly. The Atlanta Police Department paid an average of $47,654 for the Ford SUVs in its fleet as of last month compared with $27,391 for similar sedans, according to data provided by the department. 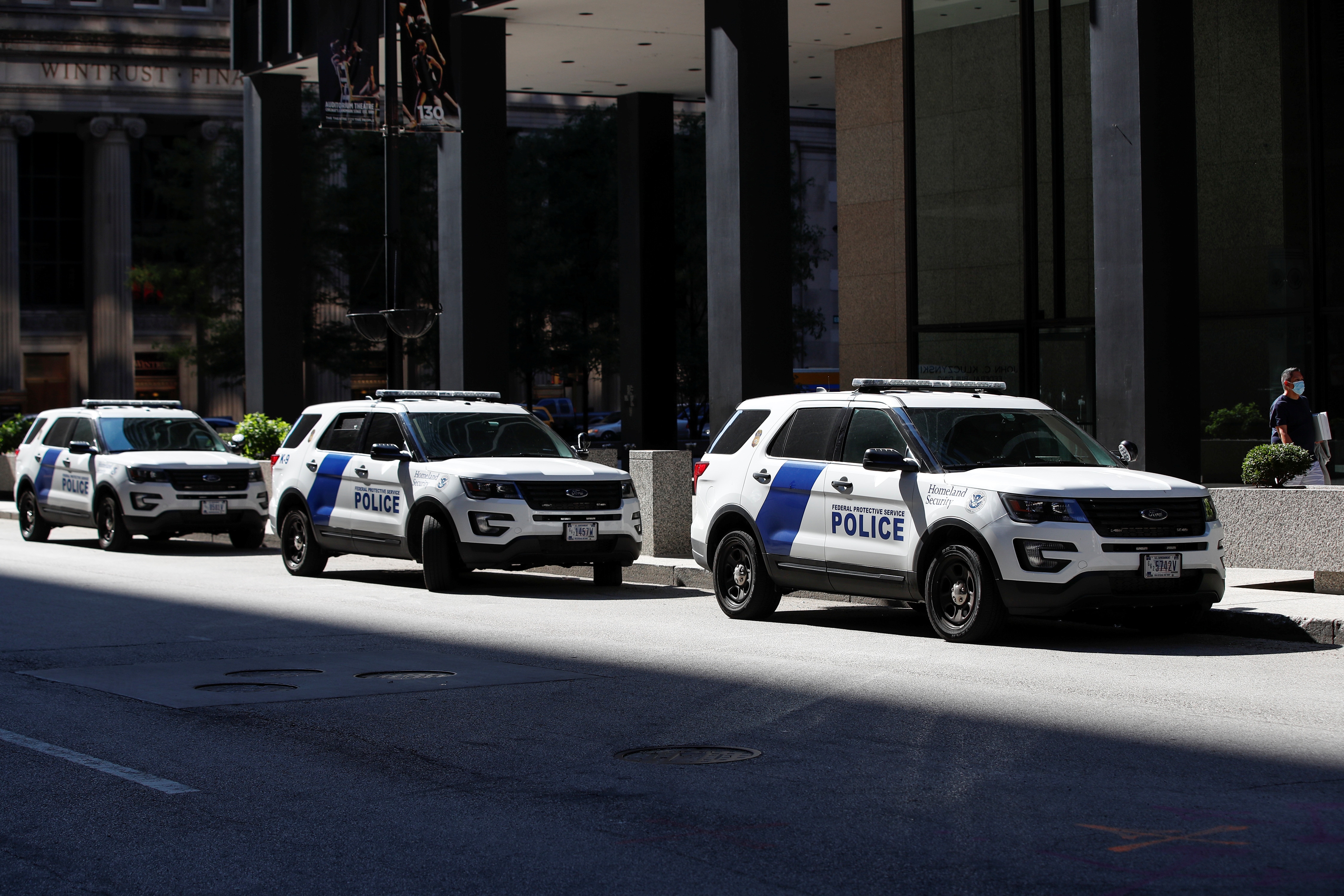 The agency, which averted budget cuts by a narrow 7-8 city council vote, almost exclusively bought pursuit-rated SUVs this year, adding 79 of them to its lineup between March and July. But demand for vehicles like the Interceptor, which starts at about $41,000, may have passed its peak with budgets in check nationwide.

“The Atlanta Police Department will prioritize according to needs and available funds," said William Eckel, the interim program-management officer in the Department of Public Works. The city will continue to purchase sedans but not for use in pursuit of suspects, he added.

The Los Angeles Police Department spent more than $3.8 million on pursuit-rated SUVs in the fiscal year that ended on June 30, compared with almost $10 million two years ago.

Fewer patrol cruisers may mean more environmentally friendly fleets as budget cuts could accelerate a move toward hybrid gas-electric vehicles in departments across the country. Ford says its hybrid Interceptor model can save as much as $5,700 a year in fuel costs compared with the gasoline-only version.

The LAPD is currently leasing 300 BMW i3 electric compact sedans for administrative use.

“Whether some agencies like it or not, as a part of the defunding movement, they’ll have to look for hybrid or electric vehicles from a cost-savings standpoint," said Scott Wolfe, associate professor of criminal justice at Michigan State University.

Ford is confident it will maintain its lead in the police vehicle market. “We see continued growth in the segment," said Tony Gratson, the company’s national government-sales manager.

Whether police departments of the future shift to hybrid or not, supporters of the Black Lives Matter movement say fewer patrol vehicles will mean fewer incidents involving confrontations between officers and members of the local communities they serve.

“Police vehicles are often used as weapons against BLM protesters, so no one is upset over people not having money to buy new equipment and cars," said Justin Hansford, an activist in Ferguson, Missouri, during the unrest after a police officer shot and killed an unarmed Black teenager in 2014. He is now the executive director of the Thurgood Marshall Civil Rights Center at Howard University in Washington

“They are already over-equipped," Hansford said. “As long as the cars get them to where they’re going, there’s no need for budgetary lines for new technology and cars."