Home Auto News If Tesla Has Recipe For Ev Success, Toyota Says It Has Kitchen And Chef

If Tesla has recipe for EV success, Toyota says it has kitchen and chef

Toyota CEO Akio Toyoda says Tesla has the recipe but is making something that's not real and that it is his company that is making real food.
By : HT Auto Desk
| Updated on: 09 Nov 2020, 08:55 AM 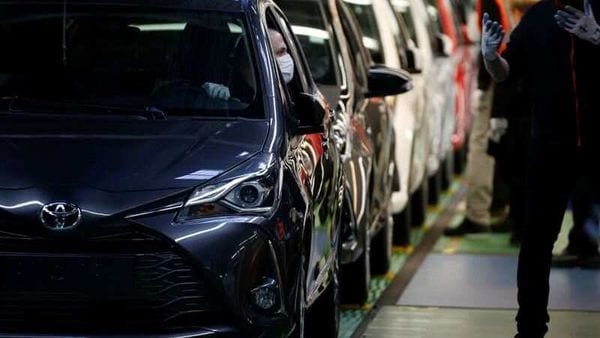 Toyota CEO Akio Toyoda recently used cooking analogies to explain where his company stands vis-a-vis Tesla in the electric vehicle space that is fast gaining momentum the world over. While Tesla has quite the lead in this field of play, Toyoda said he is confident of the products that the Japenese car maker has of finding their respective marks.

According to Bloomberg, Toyoda was speaking in an online conference after the car maker's latest financial results. In one of the focus points, he opted to explain Toyota's EV strategy against the likes of Tesla. "Tesla says that their recipe will be the standard in the future, but what Toyota has is a real kitchen and a real chef. We are losing when it comes to the share price, but when it comes to products, we have a full menu that will be chosen by customers," he was quoted as saying. "They aren’t really making something that’s real, people are just buying the recipe. We have the kitchen and chef, and we make real food." (Read full report here)

Dig deeper into all the food-related statements and it is evident that what Toyoda means is that Toyota EVs will offer real-world practicality and there will be a wide number of options to choose from. In a way, he perhaps also admits that Tesla is the pioneer in the EV space since he refers to the 'recipe.' However, many still see the California-based car maker to be more of a tech organization despite its prowess, prominence and lead in the EV space.

Tesla's rise has been quite meteoric and the car maker has left traditional auto giants like Toyota and Volkswagen far behind. Only now are established giants looking at extensively ramping up their platforms, collaborations, technology and product offerings. Some, like VW, have even praised Tesla and CEO Elon Musk for the manner in which it has and does its busin