Oil prices have recovered from sharp falls earlier in the year to hover around $40 a barrel but demand fears persist.Major parts of the European continent are in lockdown which is pushing outlook for global oil demand toward the downside.
By : Reuters
| Updated on: 09 Nov 2020, 17:08 PM 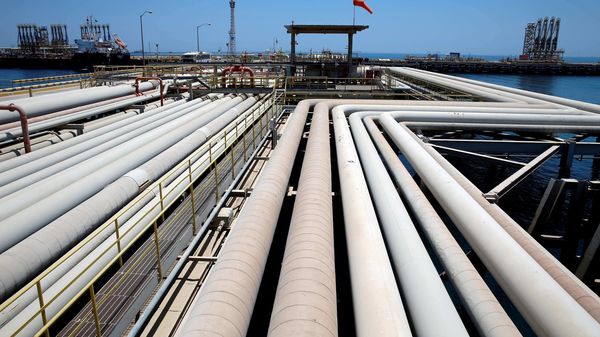 Renewed lockdown measures in Europe aimed at containing a rise in Covid-19 cases appear set to push the outlook for global oil demand toward the downside, an official with the International Energy Agency (IEA) said.

Keisuke Sadamori, IEA director for energy markets and security, told Reuters the impact would, however, likely be less severe than under lockdowns earlier in the year.

"Major parts of the European continent are in lockdown. This would surely work toward the negative side," he said in an interview, but stopped short of saying the group would formally lower its forecast.

"We certainly expect this time for there to be a lower impact than the last lockdown... This time schools are kept open and some of the stores are still open."

Oil prices have recovered from sharp falls earlier in the year to hover around $40 a barrel but demand fears persist, while markets remain on edge over a knife-edge U.S. election result which appears headed for legal challenges.

"The oil and gas industry, in the U.S. in particular, is looking at the outcome of this election with a huge amount of interest," Sadamori said.

"If the Democrats plan for radical energy low-carbon transformation -- if the Senate remains in the hands of Republicans, there will be obstacles to that legislation. Overall, we need to see the entire outcome."

The IEA kept its 2020 and 2021 oil demand forecast steady in its monthly report on Oct. 14, before major European countries including Germany, France and the United Kingdom imposed strict new curbs on movement to check the spread of the virus.

The Paris-based agency is set to publish its next analysis of the oil market on Thursday.

China remains the world's major bright spot after suppressing the virus earlier this year and is on track to be the only major country to boost its year-on-year demand for oil, Sadamori said.