Hyundai, the fifth most valuable automaker in Asia with a market value of about $44 billion, is the best performing stock among the five so far this year, rising more than 19%.
By : Reuters
| Updated on: 20 Apr 2021, 15:17 PM

Hyundai Motor Co is likely to report a nearly three-fold surge in first-quarter profit, helped by strong local and U.S. demand for its high-margin luxury Genesis cars, but a global chip shortage is now threatening to derail its momentum.

People continued to shun public transit and shared rides because of the Covid-19 pandemic, spurring sales of new cars at Hyundai and other automakers.

And unlike rivals that were forced to slash production in the past few months due to the shortage of semiconductors, the South Korean company managed to stave off production halts in the first quarter, thanks to a healthy chip inventory.

"For Hyundai, it can be characterised as a super seller's market, not just a seller's market for the first quarter," said Lee Han-joon, an analyst at KTB Investment & Securities.

For the quarter ended March 31, Hyundai is expected to report a net profit of 1.34 trillion won ($1.2 billion), according to a Refinitiv SmartEstimate drawn from 16 consistently accurate analysts.

In the first quarter, sales of Genesis cars jumped 165% in South Korea and more than doubled from a year earlier in the United States, according to Hyundai sales data. 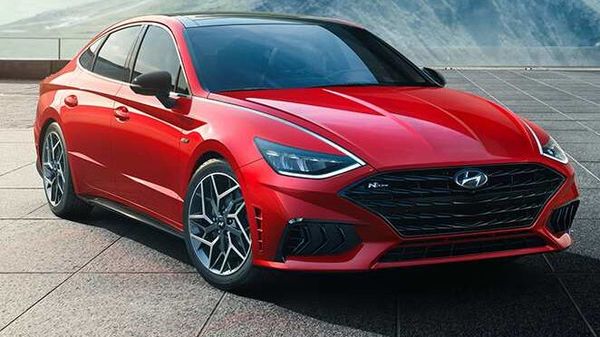 Hyundai, the fifth most valuable automaker in Asia with a market value of about $44 billion, is the best performing stock among the five so far this year, rising more than 19%.

Its first-quarter profit surge also reflects a low base in the year-ago quarter, when business slumped as countries shut down to limit the spread of the coronavirus.

Now, however, Hyundai - which together with affiliate Kia Corp is among the world's top 10 automakers by sales - is running out of semiconductors, which has prompted it to temporarily pause production three times and save chips for its most popular models.

The halts are likely to cost Hyundai about 12,000 vehicles in lost production, analysts said, and possibly hurt the company's future results as the chip crisis continues.

Chipmakers expect the shortage to continue at least into next year, if not longer.

Investors are also waiting to see how Hyundai will fare in the crucial, but crowded, electric vehicle (EV) market.

In February, Hyundai launched its Ioniq 5 midsize crossover, the first in a planned family of EVs that it hopes will propel it into the third rank of global EV makers by 2025. Hyundai Motor and Kia together aim to sell 1 million EVs in 2025.

And the group said last week it plans to launch EVs in China, the world's biggest car market, every year starting 2022.

Hyundai is scheduled to announce January-March results on Thursday.