Hyundai Creta and Venue made in the Chennai facility are exported to multiple countries, including Saudi Arabia and Mexico.In all, Hyundai exports cars from India to as many as 88 countries.
By : HT Auto Desk
| Updated on: 16 Apr 2021, 13:05 PM 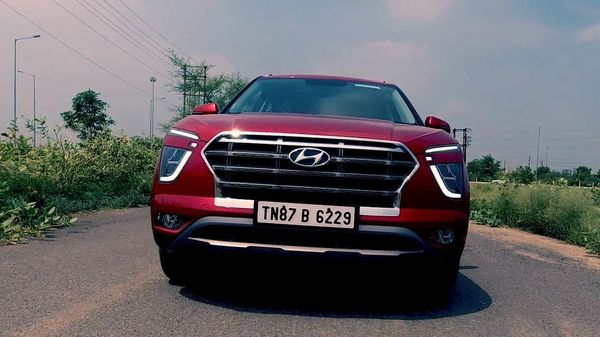 Hyundai Creta is a massive success for the company and dominates the segment in which it competes in.

Hyundai Motor India on Friday informed it had exported more than 1.4 lakh units from its facility in Chenni in FY 2020-21 to consolidate its position as the country's largest exporter of passenger vehicles. Among some of the power performers is the Creta mid-size SUV that is dispatched to around five overseas markets.

Hyundai Creta and Venue sub-compact SUV is exported from the facility near Chennai to countries like Mexico, Saudi Arabia, South Africa, Nepal and Chile. Additionally, the new i20 - launched late 2020 - is being sent to markets across Latin America and Africa.

Hyundai states that it is committed to have its Chennai facility as a major manufacturing hub, not just for the Indian market but as a base for exports as well. "Despite numerous challenges emerging out of the global pandemic, uncertainty in various markets, restriction on imports and disruption in supply-chain, HMIL has continued to drive operational excellence to ensure customer satisfaction," said SS Kim, MD and CEO, in a press release issued by the company. "It is a moment of great pride for Hyundai as we step forward in the journey of making world class quality cars from India."

The car maker had previously surpassed the significant milestone of exporting 3 million cars from India, in 2020. Hyundai has jumped from strength to strength in terms of exports since sending out 500,000 units in March of 2008. This figure was doubled by February of 2010 and then doubled again to 2 million by March of 2014.

At present, Hyundai exports 10 models from India - Santro (Atos), Grand i10, Xcent, Grand i10 NIOS, Aura (Grand i10), Verna (Accent), Venue and Creta. These cars go to 32 countries in South America, Mexico in North America, 28 countries in Africa, 26 in Asia-Pacific region and one country in Eur