Home Auto News Hyundai, Kia Shut Down Facilities In Home Base. Here's Why

Hyundai, Kia shut down facilities in home base. Here's why

While Kia will suspend its operations at the Soha Plant 2 for two days, Hyundai has decided to shut down production at its facilities in Ulsan.
By : HT Auto Desk
| Updated on: 17 May 2021, 11:35 AM 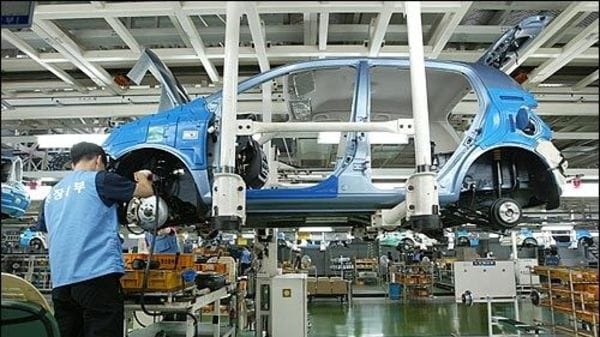 Korean car manufacturers Hyundai Motor and Kia have decided to temporarily shut down production at its facilities on home turf amid increasing semiconductor crisis. Hyundai's facility in Ulsan and Kia's plant in Soha will be affected due to this decision.

According to reports, Hyundai Motor's Ulsan Plant 5, 414 km southeast of capital city Seoul, where the carmaker manufactures semi-mid-sized SUV Tucson and the hydrogen electric vehicles Nexo, has been suspended for tomorrow (May 18). Earlier, Hyundai had decided to shut down production at the Ulsan Plant 3, where it produces cars like the Venue SUVs.

The shutdown at these Hyundai facilities will mean that chances of vehicle deliveries, including Tucson, Venue and Stony, will increase.

(Also read - Automobile sector will face a loss of $110 billion due to chip shortage: Report)

Previously, Hyundai had shut down its Ulsan Plant 4 and Ulsan Plant 1, which produced cars like Ioniq 5, and Asan Plant producing Sonata, for similar reason.

Meanwhile, according to sources, Kia will also suspend operations at its Soha Plant 2 from May 17 to 18 due to the supply-demand shortage of semiconductors such as the airbag control unit (ACU). Soha Plant 2 produces small sports utility vehicles (SUVs) and Stonics.

When the shipment schedule was delayed due to the prolonged supply and demand of semiconductors for vehicles, Hyundai Motor Company sent an apology by mail in the name of the vice president of the domestic business division, Wonha Yoo, to customers waiting for shipment.

"The main reason for the delay in delivery of vehicles is the shortage of supply of main conductors for vehicles," said Yoo, in an apology, "Hyundai Motor will find alternative suppliers for semiconductor sourcing and deliver vehicles as soon as possible by streamlining production operations."

Earlier in April, Hyundai had decided to shut down its number 1 plant in Ulsan, where it manufactures the Ioniq 5 electric car and the Kona subcompact SUV.