How your car may soon turn into a virtual ATM

Not everyone thinks the future of vehicles is all about autonomous cars. A few, like Chris Ballinger, feel it is about taking small but significant steps in turning cars into rolling wallets.
By : Bloomberg
| Updated on: 09 Dec 2019, 08:54 AM 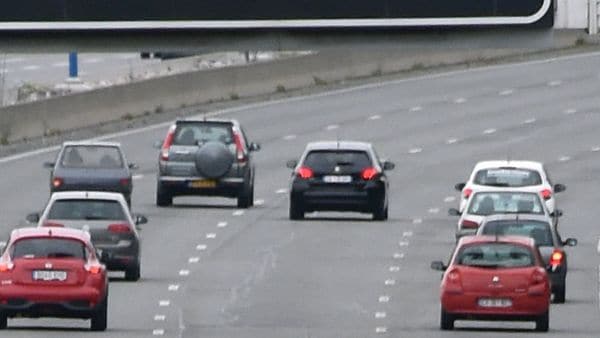 Chris Ballinger came away from a year of crunching numbers at Toyota Motor Corp.’s Silicon Valley skunkworks convinced that his dream of automotive automation was no more fanciful than his bosses’ ambition to make a vehicle that can drive itself.

So the former derivatives trader who spent 14 months as finance chief at Toyota’s innovation hub launched a non-profit that aims to turn cars into rolling wallets able to autonomously make and receive payments in a virtual currency. Drivers would earn small sums for sharing data on everything from traffic congestion to weather and be debited for infrastructure use and contribution to pollution.

‘’Everyone focusing on autonomous vehicles thinks they’ll be able to drink cognac in the back, but machines will do many other things autonomously before they can surmount a problem of driving around somewhere like Bangalore or in particularly bad weather," said Ballinger, a 62-year-old resident of Los Angeles, where he runs his Mobility Open Blockchain Initiative. “It’s a very hard engineering problem, but setting up machine-to machine payments is comparatively very simple."

Simple is a relative word. The vision is as futuristic as it is ambitious. It depends on a myriad of technological advancements, not to mention regulatory change and cooperation among traditional rivals. While cars already have ever more computing power, changing long-held views on infrastructure funding, vehicle ownership and even the nature of money could prove insurmountable. And then there’s the law of unintended consequences.

“When tech is applied to cities and transportation by smart people who understand tech but don’t understand cities, the outcome can actually be bad for cities and create new or bigger problems,’’ says Brent Toderian, former chief city planner in Vancouver. “There’s a danger to boosterism with these kinds of ideas, and a need to be cautious and critical in a way that tech folks often aren’t.’’ As an example, he said new technology could lead to more driving, reducing any positive environmental impact such advances were supposed to deliver.

Whatever the challenges, the mobility sector is -- in industry jargon -- a burning platform, meaning urgent change is required to head off obsolescence. While artificial intelligence and blockchain could make Ballinger’s vision possible, the dominance of a small club of Silicon Valley heavyweights means automakers risk being left behind in the digital age, said Jamie Burke, an adviser to MOBI and founder of Outlier Ventures, which invests in companies developing such technologies.

Facebook Inc.’s Libra stablecoin, a global currency that social networking behemoth is developing, is like gasoline on the burning platform he said.

“We don’t have the luxury of tinkering around anymore, we need to get our acts together to accelerate action toward what is moving already," said Ballinger. “Everybody is asking should every market have its own token and do we need to have one?"

Ballinger co-founded MOBI last year with the likes of BMW AG and Ford Motor Co among its founding members. The consortium, which now has about 90 members from International Business Machines Corp. to Honda Motor Co., is exploring how blockchain and related technologies can contribute to a safer and more efficient transport system, while also reducing congestion and pollution.

The first blockchain — a public ledger -- was created to track Bitcoin transactions, and the technology has since been adopted far beyond the realm of cryptocurrencies for everything from enabling international payments to verifying products in a supply chain. The digital currency universe has also expanded rapidly in the past decade, with low-volatility digital tokens known as stablecoins among the fastest growing sub sectors.

For the vision to materialize, city infrastructure will have to be equipped to communicate with vehicles. Smart cities, urban metropolises pulsating with sensors and powered by artificial intelligence, are on the drawing board. Alphabet Inc.’s urban innovation unit Sidewalk Labs LLC is working on creating a “city of the future" on Toronto’s waterfront.

The building blocks exist, making the bigger challenge getting the various technologies and devices to communicate, according to Maria Minaricova, head of business development at Fetch.ai, a Cambridge, U.K.-based company focused on AI, blockchain and internet of things technologies that is also a member of the MOBI consortium.

“There are already so many sensors -- cars have sensors, so do traffic lights and cameras, and so on -- but they’re currently disconnected and what’s also missing is interoperability," said Minaricova. “Historically if you produced somethingm, you would keep it on your platform and it could only communicate with your devices, but the new generation will need to open this up so all devices can speak to each other."

MOBI is now working with BMW, Ford, Honda, General Motors Co. and Renault SA to develop a trusted digital identity for vehicles as a first step toward enabling a mobility payments network. Last month MOBI hosted a gathering of industry executives in Los Angeles to discuss how such a payments system might work.

MOBI could develop an industry stablecoin, as low volatility virtual currencies are known, or use an existing coin to make and receive micropayments on a blockchain network, says Ballinger. The project would not only change how vehicles and cities interact but could also provide a real world use case for digital currencies beyond speculation.

“Everyone is excited by the promise of technology and waiting for the first killer app, for what will be to digital currencies what email is to the internet," he says. “That is, where does it get used in a way that consumers find it adds value compared to existing payment systems, and we think mobility and machine-to-machine payments are likely to be one such area because we have big issues with funding public infrastructure and charging for congestion and carbon."