Home Auto News How To Check Safety Of Hypercar? Crash It: Rimac To 'destroy' Cars Worth $31 Mn

How to check safety of hypercar? Crash it: Rimac to 'destroy' cars worth $31 mn

Rimac makes some of the most expensive hypercars in the world.Rimac Automobili is known for putting its hypercars through numerous crash tests to ensure the ones reaching customers offer unparalleled safety.
By : HT Auto Desk
| Updated on: 09 Nov 2020, 11:35 AM 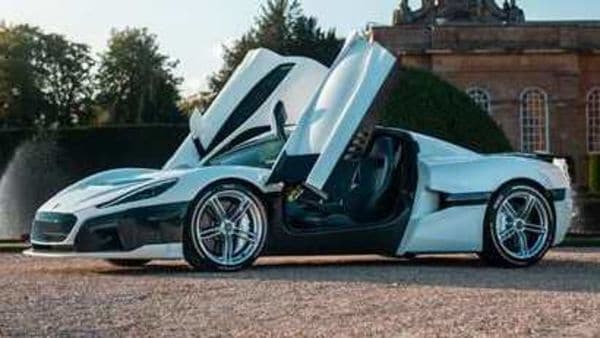 Rimac Automobili, a Croatian hypercar manufacturer, is destroying hypercars worth $31 million in order to ensure the safety of its all-electric C_Two hypercar ahead of the production run in 2021.

The C_Two is undergoing an intense testing program, a part of which is also crash-testing multiple prototypes. Rimac is building 13 prototypes and five pre-production units of the hypercar, of which it will destroy 11 of them in order to get approval for the car globally.

Rimac's crash testing program started in 2019 after years of safety analysis using computer simulations, first on material and component level. C_Two also went through a series of physical crash tests on a full vehicle level last year which it successfully completed. The Rimac engineers had created each element of the car to maximize the amount of energy absorbed by the crash structure and not by the cabin or carbon tub.

This latest and second round of full-vehicle physical crash testing is a stringent 56km/h, 40 per cent offset, deformable barrier impact test. This test is important to finalize the behavior of the carbon composite during a crash. Two C_Twos were destroyed in two days but they came out with flying colours and proved to be extremely safe.

There was no damage to the monocoque of the car which means that the cabin did not deform, there was no intrusion of the pedals or excessive forces exerted onto the driver and passenger. "This test is mostly used for calibration of restraint systems and of course to validate the behaviour of the crash test dummies," Petar Marjanovic, Mechanical engineer – trims was quoted as saying by drive.com. 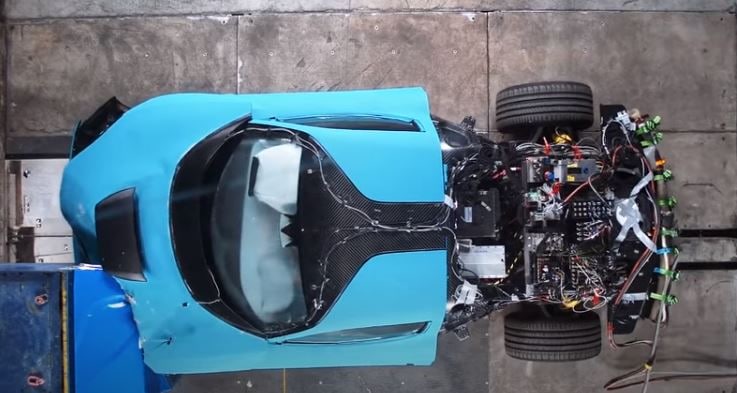 Pic Courtesy: Screengrab of a video posted on YouTube by Rimac

First showcased at the 2018 Geneva Motor Show, the Rimac C_Two puts out a combined power of 1408kW from its four permanent magnet synchronous electric motors, one at each wheel. Its claimed top speed is 415km/h and it sprints from 0-97km/h in just 1.85 seconds. Its estimated range from the 120kWh battery is claimed at 647km.

Once the global approval is achieved, Rimac will build around 150 units of the C_Two hypercar at its factory in Croatia. Deliveries to customers are expected to begin in 2021.