Honda to pay Tesla for Europe C02 compliance. Here's what it means

Car makers at risk of of falling short of new compliance rules are pairing up with peers that are better positioned.Underwhelming sales of Honda e electric cars probably contributed to the carmaker needing help to achieve compliance in Europe
By : Bloomberg
| Updated on: 03 Nov 2020, 08:38 AM 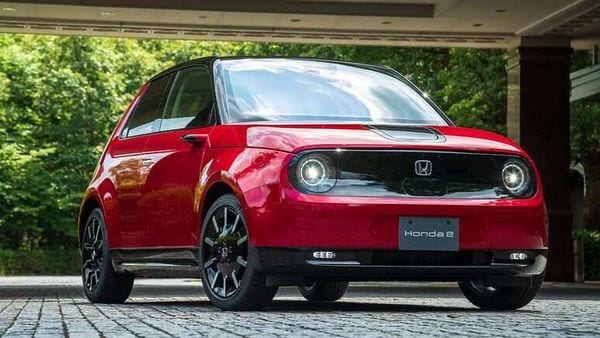 Honda was newly added as of last week to a European Commission filing in which manufacturers declare their intent to jointly meet greenhouse-gas emissions standards. The Japanese automaker’s entry into the other two companies’ pooled fleet won’t change the conditions of a three-year agreement reached with Tesla in 2019, a Fiat Chrysler spokesman said.

It’s unclear how much money Honda is paying to join a pool populated by Tesla’s all-electric fleet. Selling regulatory credits to other carmakers has been a boon to the Model 3 maker, bringing in almost $1.2 billion of revenue this year.

Tougher European Union rules took effect this year that force manufacturers to reduce the average emissions of their cars sold in the region to 95 grams of CO2 per kilometer, or face hefty fines. As a result, companies have been introducing new plug-in hybrid and fully electric models, and those that are at risk of falling short of compliance have paired up with peers that are better positioned.

Last week, Volvo Cars announced it will overachieve in meeting the regulations and allow Ford Motor Co. to pool with its fleet for an undisclosed sum. Fiat Chrysler Chief Executive Officer Mike Manley told analysts during an Oct. 28 earnings call that the company was locked into an agreement to pay Tesla through next year for its help meeting emissions standards.

Underwhelming sales of Honda e electric cars probably contributed to the carmaker needing help to achieve compliance in Europe, Matthias Schmidt, an independent auto analyst in Berlin, wrote in a blog post. Tesla is likely to mount a big fourth-quarter sales push helped in part by exports to Europe from its plant in China, he said, allowing the company to assist both Fiat Chrysler and Honda.

A Honda spokesperson said that pooling with Tesla and Fiat Chrysler is an additional measure to comply beyond launching the e and hybrid versions of its CR-V and Jazz models.

(Updates with Fiat Chrysler spokesman’s comment in the second paragraph.)