Honda Grazia vs Suzuki Access: The battle for the 125cc scooter market has begun 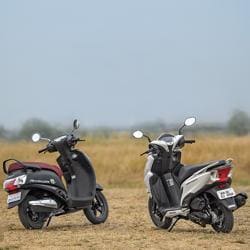 While there are over a dozen options in the sub-110cc segment, it's the premium scooter segment you should look at for a shot of exclusivity. The 150s are relatively pricey and not as fuel-efficient but the 125s are the sweet spot. So far, Suzuki, with its Access 125, has been making hay while the sun exclusively shone upon it; but Honda isn't one to let a potential market space go unaddressed for too long, right? Its second hit at the 125cc space (after the Activa 125) is the Grazia. Is this the scooter that will dissolve the Access' monopoly?

For our comparison test, Suzuki loaned us the Access 125 SE (Special Edition), which is a decent attempt to liven up the Access' fairly conservative styling. The SE gets matte-finish paint (black, in this case; the other colours are grey and white) with a contrasting red seat and round chrome mirrors. Overall, the Access looks conventional; neither dramatic, nor offensive. 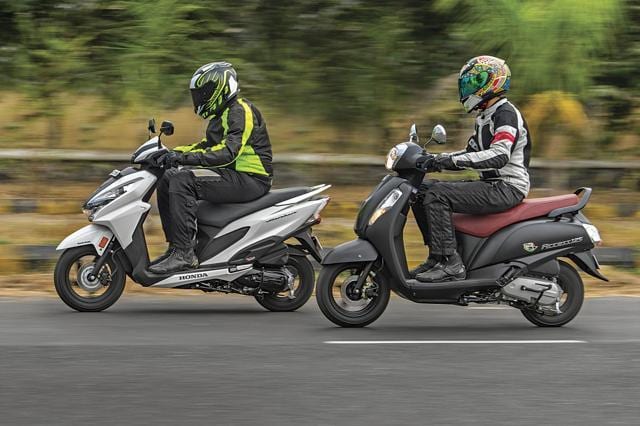 The Grazia definitely begs for bright, bold colours because its design is contemporary and reasonably aggressive. That being said, the lack of a 125 badge anywhere on the Grazia is a missed opportunity, since it isn't visibly larger than the usual fare of 110cc scooters. The LED headlight (a first amongst scooters) is styled well and the sharp lines all around the scooter give away its sporty intentions. The Grazia is the more feature-heavy scooter, as compared to the Access 125 SE. Its equipment list includes the aforementioned LED headlight, a disc on the top (Deluxe) variant, a fully-digital instrument cluster (with a tachometer and a three-step eco speed indicator), a storage compartment with a hinged, fold-down lid, a 12V charging socket (optional accessory, about ₹500 at the dealership), tubeless tyres and, of course, Honda's proven Combi-Brake System (CBS).

In comparison, the Access sticks to the basics, with a disc brake, alloy wheels, an analogue instrument cluster (with a digital fuel gauge), a cubbyhole in the apron and a 12V charging socket (optional, about ₹50 at the dealership). The Grazia is clearly the stronger of the two in the feature-fight (on paper, that is), but, barring the LED headlight, doesn't offer anything that shines brightly (pun intended) over the Access' real-world performance. The LED headlight does offer strong lighting performance in both low and high beams. 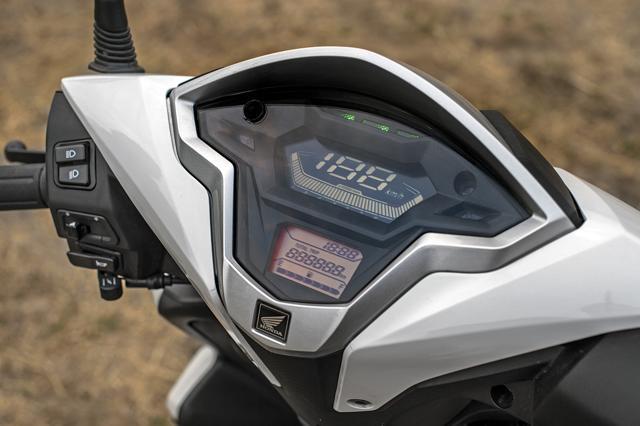 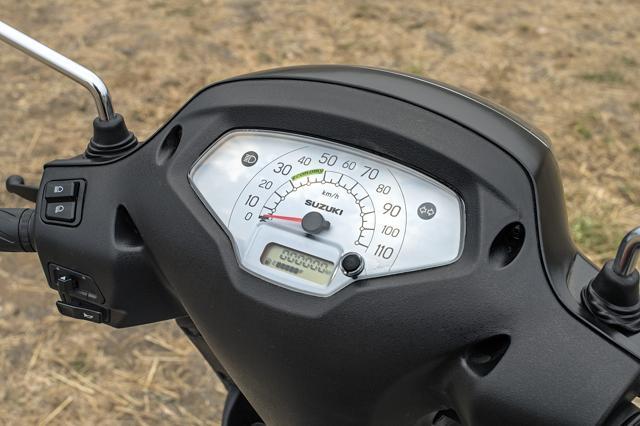 The Access' riding geometry is slightly more sit-up-and-beg as compared to the Grazia's. Although the Access has a 780mm seat height as opposed to 766mm on the Grazia, it feels more relaxed and natural to be seated on. The Access' wider, flatter seat is one of its highlights and it's the one I'd choose over the Grazia's Dio-sourced seat - which, by design, is inconvenient for taller riders.

I also found that the Access' handlebar mostly steered clear of my knees in full-lock, low-speed turns while on the Grazia I needed to move my knees out of the way to avoid contacting the handlebar, at full-lock. Switchgear is almost identical on both scooters and the quality on both is good. The Access does feature a nice one-touch push-button electric start unit as compared to the Grazia's conventional hold-until-it-cranks affair. However, the Access' stylish new round mirrors do compromise rearward visibility, which is better on the Grazia. The Grazia loses points for its crude brake lock lever which doesn't belong on a premium scooter and is unusable in its current form. In terms of ergonomics, space and comfort, then, it's the Access 125 SE that dominates the Grazia. 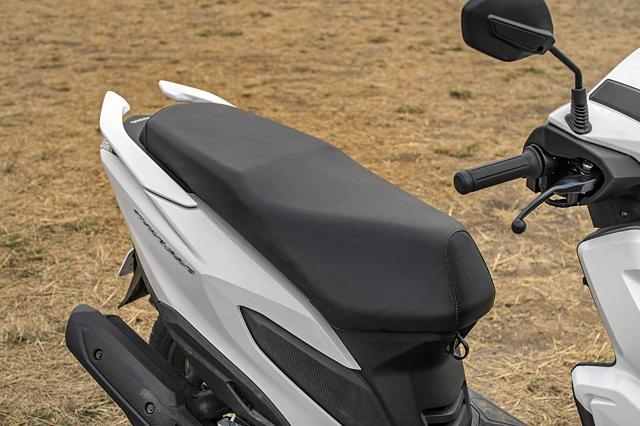 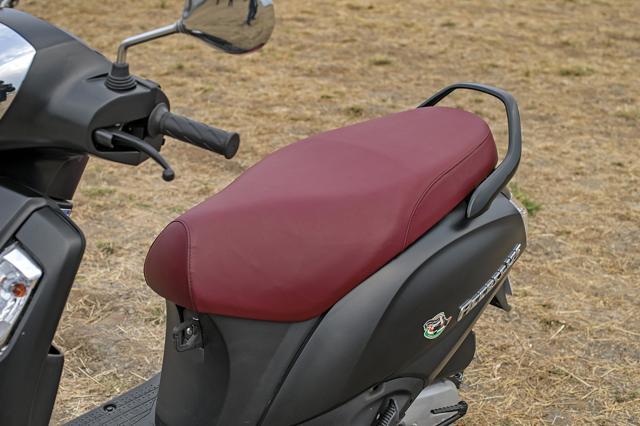 At low speeds, the Grazia feels more clinical and lacking character but it surpasses the Access towards its top end. Tested back to back, we found that the Grazia is the quicker of the two; it goes from 0 to 60kph in 9.2sec (9.5sec for the Access). What's visibly different between these scooters is the engine feel. The Grazia's motor feels spirited and sounds slightly racy past 70kph while the Access' motor is punchy but always feels relaxed. I suppose college-going kids (with generous parents) will find the Grazia more fun; its visual and ergonomic package definitely contribute to this.

Both the Grazia and Access make decent efforts to offer a stable, plush and fun riding experience. Their cycle parts are identical; a telescopic fork is standard on both, so is the 12-inch front wheel and 10-inch rear (both run tubeless tyres), and they also feature a disc brake in their top variants. The Grazia does score over the Access with its Combi-Brake System, though. The Access, at 102kg (kerb) is 5kg lighter than the 107kg Grazia; although the latter does a good job of camouflaging its weight - neither scooter feels heavier than your average 110cc scooter.

Over potholes and consistently bad patches of tarmac, it's the Access that absorbs better. The Grazia feels taut in comparison but not unreasonably so, and this gives it an advantage when it comes to handling. In terms of braking, in isolation, the front-disc-equipped Access comes across as stable and confident. The brake levers are progressive and - save for tyre squeal and rear-wheel lock (towards the end of a hard braking manoeuvre) - the Access, impressively, doesn't lose composure. The Grazia, however, is better. Its brakes lack the progression of the Access but this is compensated for by the CBS, which is less demanding of the rider's braking skill-set. This round goes to the Grazia, then. 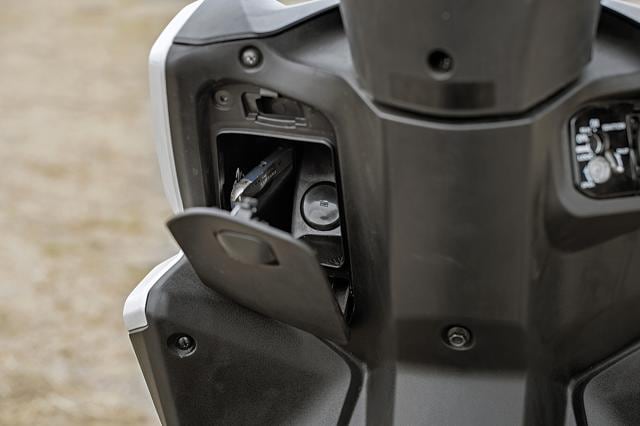 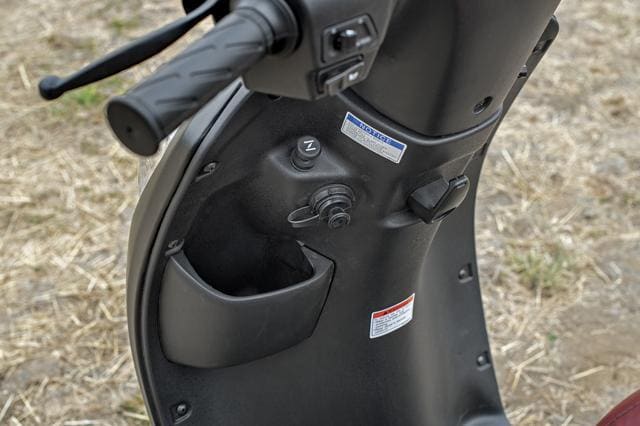 On the highway, the Grazia returns a fuel efficiency figure of 57.6kpl while the Access travels 54.5km on a litre. This is a marginal difference but an important one for those who want a 125cc scooter without compromising on fuel economy. The Grazia, therefore, has a highway range of 305km, which is the same (down to the last decimal) as the Access which has the slightly bigger fuel tank. It shows exactly how competitive Suzuki and Honda really are, doesn't it?

Overall, there's a lot to like about both scooters. If all you really want is a comfortable, stress-free urban runabout, you'll be happy astride the cheaper scooter of the two, the Access 125 SE, which is priced at ₹60,999. The Grazia, however, goes beyond just turning more heads and also offers marginally more involving performance/dynamics, better safety and more premium features. Priced at ₹63,888 (all prices ex-showroom, Mumbai) the Grazia is slightly more expensive - but it is, all things considered, the better buy.