Honda Motorcycle & Scooter (HMSI) plans to launch four two-wheelers in the next four months as it aims to further consolidate its position in the country.
By : PTI
| Updated on: 03 Sep 2015, 09:52 PM 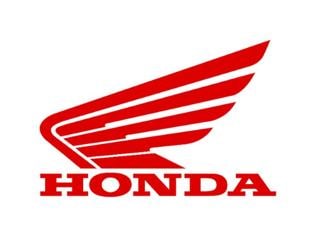 Honda Motorcycle & Scooter (HMSI) plans to launch four two-wheelers in the next four months as it aims to further consolidate its position in the country.

'We plan to launch four models, including a mystery product in the rest of the year,' HMSI Vice President sales and marketing Y S Guleria told PTI.

The company, which is the leader in scooter segment, has already launched 110cc bike Livo and flagship model CBR 650 in the country.

The company also expects this year's festive season to be better than previous years.

'We expect 4-5 per cent year-on-year growth this festive season as we are running full capacity,' Guleria said.

He added that the company expects motorcycle sales to get a push from rural areas during the festive season.

When asked about the impact of strike on the company, Guleria said: 'Our Manesar plant has been closed today due to strike call given by trade unions.'

The company would look as to how to work out a way to overcome loss for the strike period, he added.

The company's Manesar unit produces around 5,600 two-wheelers a day, translating to around 16 lakh units a year, he added.

Normal life was today affected in various parts of the country as 10 central trade unions went on a day-long nationwide strike to protest against changes in labour laws and privatisation of PSUs.

On exports, he said the company is getting great response from various countries including Sri Lanka.

'We are getting more demand from Latin America and our exports are also seeing an increase in Sri Lanka. In future we are looking to enter new markets as well,' Guleria said.

He however did not disclose the details.