HMSI doesn't expect revival in auto sector in near term 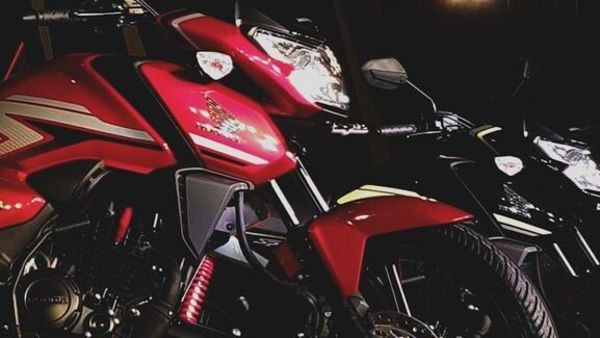 Honda Motorcycle & Scooter India has said it does not see any revival in the automobile sector in the near term.

The automobile sector recorded its worst-ever sales decline in two decades in 2019.

Speaking after the launch of company's third BS 6 compliant product, the 110-cc Activa 6G scooter, on Wednesday, Honda Motorcycle & Scooter India (HMSI) Senior Vice President for Sales and Marketing Y S Guleria said he was not very hopeful of the government giving any concession to the industry on GST rates.

"If it happens, definitely it will help from customer point of view," he added.

"In near future we do not see any positive revival coming in the market, and after sometime in the long term...But for next two quarters, we are not that upbeat because there is a transition which is going to happen from April 1," Guleria said referring to the BS 6 emission norms becoming mandatory.

There will be some time lag and that will also shift the demand, he said, adding Honda is also trying to make it more affordable to upgrade to basic technology through attractive finance scheme.

"So how it will be finally evaluated by the customer (BS 6 transition), what kind of...whether it is good enough to motivate them to take the next action, that only time will tell...," he said.

Guleria said it is difficult to specify in which month or quarter the revival will happen.

"It is going to happen, it's not that we will continue to see that negative growth," he added.

"From an industry point of view, because the price points are changing anywhere in double digits, in terms of percentage from existing price point, this will definitely have some impact. It is also happening when the overall sentiments of the market are also low," he said on pricing post implementation of BS 6 norms.

With the Activa 6G, the Japanese two-wheeler maker has introduced a host of new features offering latest technology.

The new scooter, priced at ₹63,912 (ex-showroom New Delhi), will be delivered to customers by the end of January and early February.

Activa 125 scooter was the first BS 6 compliant model launched by HMSI in September last year, almost seven months ahead of the implementation of the new emission norms.

"Today we are proud to launch the game changing BS 6 Activa 6G which will be available across our dealerships by the end of January & early February," Guleria said.

A performance accelerator to the HET (Honda Eco Technology) engine, Enhanced Smart Power (eSP) technology, which optimises energy output by maximising efficient combustion and minimising friction with a silent start, and a smooth eco-friendly engine are some of the features of the new scooter.

"Much ahead of the regulation, Honda was the first manufacturer in India to start selling mass segment BS 6 two-wheeler Activa 125 followed by SP 125," HMSI President and Chief Executive Officer Minoru Kato said.

He said the company has already dispatched over 75,000 units of these two BS 6 models across India.

"Today, as we launch the all new BS 6 Activa 6G, I am confident, it will unleash another quiet revolution and further strengthen our business expansion in India," Kato added.

HMSI is also carrying out a study on electric mobility plans and it is expected to be finalised in a year, he said.

Guleria said the company will upgrade only four to five models from its existing line up to BS 6 compliant model post implementation of new emission norms.