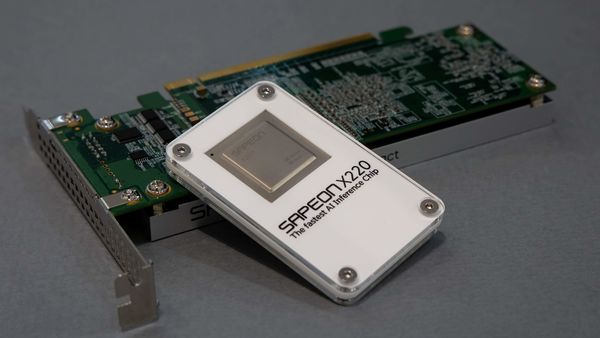 Global automakers have been caught off guard by a shortage of crucial semiconductors in the wake of a rapid recovery of the automotive market, highlighting the need to cut dependency on Asian manufacturers.

Europe needs to stump up the cash to boost its chip industry, a board member of the continent's largest carmaker Volkswagen said, pointing to a global semiconductor shortage that has highlighted dependence on foreign players.

"We won't produce chips ourselves," Markus Duesmann, Volkswagen's board member in charge of research & development and head of the luxury unit Audi, told Reuters. "But of course we would like to have strong chipmakers that are at least on par with Asia and the United States."

"Ultimately technology is decisive for the success of the group," he said, adding Europe should be leading in future technologies, such as software and chips.

One way to achieve this, he said, could be funding programmes modelled after an existing plan to boost Europe's battery cell technology under a scheme called Important Project of Common European Interest (IPCEI).

Germany on Wednesday said European countries were planning to support the local production of technology hardware, including processors and semiconductors, via an IPCEI, with targeted aid that could result in investments of up to 50 billion euros ($60 billion).

However, the exact level of investment and the question of who will foot the bill have not been specified.

Global automakers have been caught off guard by a shortage of crucial semiconductors in the wake of a rapid recovery of the automotive market, highlighting the need to cut dependency on Asian manufacturers.

Volkswagen has doubled its budget for software development, a key area to tackle the challenges of autonomous driving, Duesmann said, adding this was one of the drivers to create the Car.Software.Org unit with 5,000 employees.

The company also owns a 40% stake in Pittsburgh-based self-driving startup Argo AI, with Ford owning an equal share, but Duesmann said pursuing both paths was perfectly in line with the carmaker's strategy and product portfolio.

"Those are different strands in terms of development and we will continue (to develop) them like that."