For MG Motor, healthy demand for the Hector SUV has been a shot in the arm as it has managed to tip established players such as Tata Motors and Fiat Chrysler in sales.
By : Malyaban Ghosh
| Updated on: 14 Jan 2020, 10:52 AM 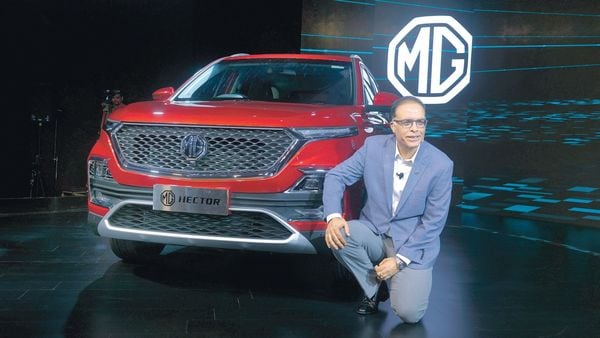 Buoyed by the success of its first model, MG Motor India Pvt. Ltd is gearing up to set up a second manufacturing plant in the country to meet demand for its vehicles, a top company executive said.

An announcement on the company’s plans is likely to be made later this year, said Rajeev Chaba, president and managing director of MG Motor India.

“Our current capacity can be expanded to maximum 100,000 units. We are considering both greenfield and brownfield options and are not ruling out anything," Chaba said.

“We also have land beside our current facility," he said adding that “this new investment will show our commitment to the Indian market".

Chaba declined to disclose the size of the new investment. Also, he did not say whether the company is in talks with some automakers for a potential acquisition of a factory.

The British brand, owned by China’s SAIC Motor Corp., entered the Indian market last year and has outlined an investment of ₹5,000 crore through 2021. Its first model was the Hector sport utility vehicle (SUV), which went on sale in June and has garnered more than 30,000 orders so far. MG is also slated to start selling the ZS electric SUV in the next few months, followed by two more products by 2021.

SAIC, the first Chinese carmaker to enter the Indian market, took a cautious approach as it began with an annual capacity of 80,000 vehicles by acquiring the factory of General Motors Co. at Halol in Gujarat. Robust demand for the Hector and its ambitious product plans have forced the company to expand capacity.

Mint reported on 10 November that SAIC Motor and Great Wall Motors Co. Ltd, two of China’s biggest automakers, are in talks with General Motors to acquire the Detroit carmaker’s last remaining factory in India, located at Talegaon in Maharashtra.

Both MG and Kia introduced their products in 2019, while Groupe PSA will launch its first vehicle, C5 Aircross SUV, this year.

China’s biggest SUV maker, Great Wall, is also looking to build its first plant in India and is likely to introduce its Haval SUV brand.

For MG, healthy demand for the Hector has been a shot in the arm as it has managed to tip established players such as Tata Motors Ltd and Fiat Chrysler in sales.

Despite the subdued economic sentiment, MG has sold about 3,000 units of the Hector each month over the past three months.

If demand stays strong after the introduction of Bharat Stage VI emission norms from 1 April, the company might ramp up monthly production to 4,000 units and also start vehicle exports from India, Chaba said.