Cars stranded on highways had to be rescued by emergency personnel in places like Niigata prefecture.
By : Reuters
| Updated on: 18 Dec 2020, 15:58 PM

Vehicles are stranded on the snow-covered Kanetsu expressway in Minamiuonuma in Niigata Prefecture, Japan.

Heavy snow brought traffic chaos to much of northwest Japan on Friday, with hundreds of vehicles stuck on blocked highways.

"The government will do its utmost to rescue anyone who is stuck in their vehicle," the government's top spokesman, Chief Cabinet Secretary Katsunobu Kato, said at a regular briefing.

Self-Defense Force troops were delivering food, petrol and blankets, and helping clear snow, while fire service crews rescued some drivers, including at least three people who were taken to hospital, according to public broadcaster NHK. 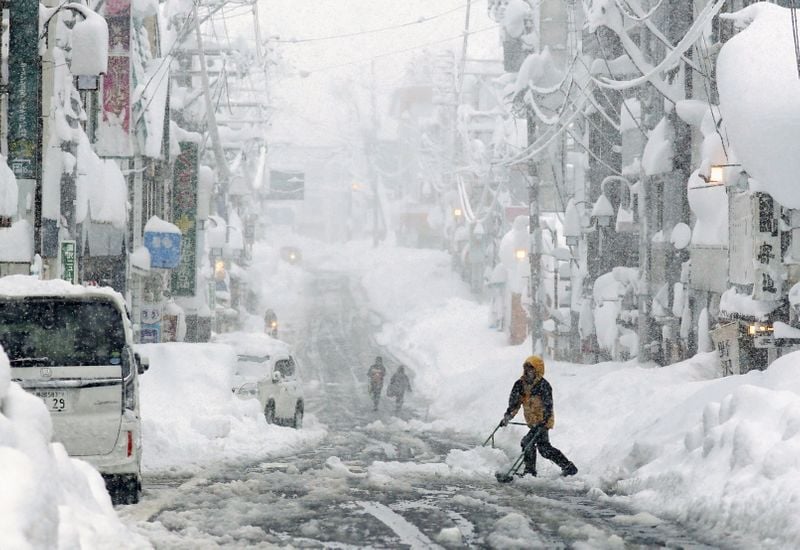 People remove snow on a street in Yuzawa, Niigata Prefecture, Japan. (via REUTERS)

As highway workers in hard-hit areas such as Niigata prefecture cleared snow several feet deep in places, the Meteorological Agency warned of heavier snow over the weekend along the Sea of Japan coast.

Some places are bracing for as much as 80 cm (32 inches) of snow amid a cold snap that has affected much of the country.