Home Auto News Have Wheels, Will Learn? This State Will Gift Scooters To Girl Students

Have wheels, will learn? This state will gift scooters to girl students

Assam government has promised free scooters for any girl who scored over 60% in their end-of-school exams, with delivery of the prizes due by mid-October.
By : Reuters
| Updated on: 20 Aug 2020, 09:55 AM 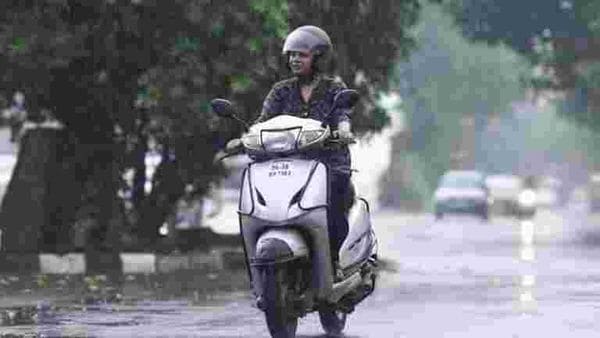 The Indian state of Assam is trying a new tack to keep girls learning - rewarding 22,000 of its top performers with a free scooter for passing final school exams. (Representative Image)

The Indian state of Assam is trying a new tack to keep girls learning - rewarding 22,000 of its top performers with a free scooter for passing final school exams.

The northeastern state hopes its giveaway will encourage more girls to go to college, with the hazards of public transport often cited as a hindrance to further education.

"This will help many girl students to have hassle-free transportation to their respective colleges," the state's education minister, Himanta Biswa Sarma, told the Thomson Reuters Foundation on Wednesday.

The minister said the free scooters would go to any girl who scored over 60% in their end-of-school exams, with delivery of the prizes due by mid-October.

"We also see it as an attempt to empower the girls and make them independent," he said.

Long distances and a lack of safe transport are among the top reasons that prompt girls to miss class and drop out, according to a report by charity Child Rights and You (CRY).

The number of out-of-school girls across India aged 11-14 fell below 5% in 2018 compared with about 10% a decade ago, according to a survey by education non-profit Pratham.

CRY said its 2019 survey showed that roughly one in every three girls who drop out of school quit at aged 10, a full six to eight years short of the usual school-leaving age.

Sexual danger may be partly to blame, with reports of assault in crowded buses, gropings in taxis and rapes after dark now routine.

Delhi alone logs an average 40 crimes against women a day.

A low point came in 2012 when a student was fatally gang raped on a moving bus in Delhi. That crime was supposed to be a watershed - but many women say things have got no better.

Seeking to allay their fears, federal and state governments have rolled out an array of welfare programmes and incentives to keep girls in school, including free bicycles.

But the CRY study found many rewards never reached the girls or said the schemes were poorly advertised or implemented.

Other reward schemes revolve around honour.

In Mumbai, non-profit Door Step School has renamed some of the narrow, winding alleys of the city slums after children who hit milestones - from a dropout rejoining class to a child who convinced her parents to send her to school.

"Our reach within the community improved wherever we put up the boards as more parents were encouraged to send their children (to learn)," said Bina Lashkari, co-founder of the charity.

The Assam scooter scheme had a mixed reception after it was unveiled on Tuesday.

In western Nalbari district, Gitashree Das was ecstatic at the idea of ending her hour-long commute to college on a shared autorickshaw and cramped bus.

Yet for others, the perils of poor infrastructure persist.

"I would request you to give a broadband connection ... being technologically sound is the foremost requirement now," said Sweety Basak on Twitter.