The decision to make wearing of helmets voluntary for two-wheeler riders was taken by the state cabinet after the government received many representations against the compulsory headgear rule under the Act.
By : PTI
| Updated on: 05 Dec 2019, 08:50 AM 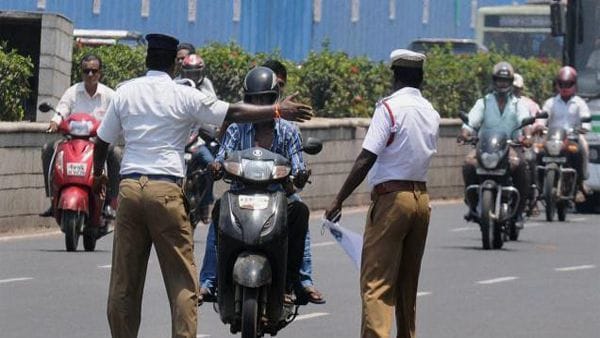 In yet another relaxation in stringent provisions of the amended Motor Vehicles Act (MVA), the Gujarat government on Wednesday relaxed compulsory helmet rule in areas under municipal corporations and municipalities, but the headgear will remain mandatory for two-wheeler riders on highways and in rural areas.

The decision to make wearing of helmets voluntary for two-wheeler riders was taken by the state cabinet after the government received many representations against the compulsory headgear rule under the Act, which was amended by Parliament a few months ago.

The cabinet has decided to make rule of wearing a helmet voluntary in the limits of municipal corporations and municipalities of the state, transport minister R C Faldu told reporters in Gandhinagar after the cabinet meeting.

"The decision was taken after many deliberations as the government had received representations to relax the rule in city limits. However, wearing helmets will be compulsory on highways and rural areas, he added.

The relaxation in the rule means police would not be able to fine offenders who are not wearing helmets in city limits of Gujarat while riding two-wheelers.

The amended MVA had effected hefty increase in fines for traffic offences in an attempt to check accidents and improve road safety in the country.

The hefty fines imposed on traffic violations under the new Act had caused an uproar in public and several states had protested against the norms.

The BJP government in Gujarat was first to relax fines suggested in the new MVA.

As per the governments notification issued at that time, the fine for driving without helmet was fixed at ₹500 instead of ₹1,000 in the new Act.

Similarly, the state had reduced penalties for traffic offences like driving without licence and insurance documents, riding a polluting vehicle, driving under the influence of alcohol and not giving way to emergency vehicles, among others.

Defending the amended Act, Union transport minister Nitin Gadkari had said new norms have been introduced to curb road accidents and save lives of people.