Vehicular emissions contribute a large chunk to India's toxic pollution levels, something that can be possibly addressed by the spread of electric vehicles and cars with flex-fuel engines.
By : HT Auto Desk
| Updated on: 08 Jan 2022, 10:20 AM 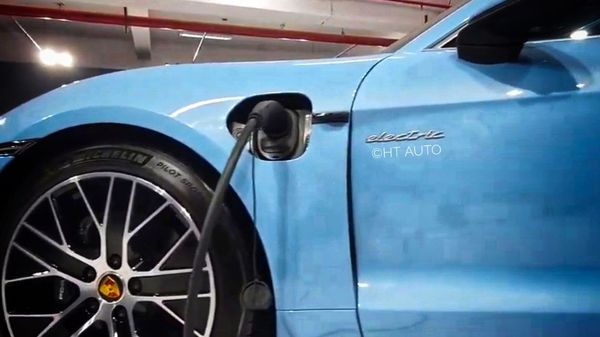 India has the notorious distinction of having the maximum number of cities with some of the worst air quality anywhere in the world. While Delhi often finds a mention in headlines during the winter months for its toxic air, a number of other north Indian cities and towns also choke in what has become a yearly phenomena. To deal with the situation, Nitin Gadkari, Union Road Transport Minister, has time and again backed two ways of bringing down air pollution - green fuel and the spread of electric vehicle.

Gadkari has been backing the use of ethanol-blended fuels and believes that this one step alone could result in several benefits. "By replacing petrol with ethanol, the environment would turn eco-friendly and it would be a shot in the arm for farmers from income angle," he once again outlined at the virtual inauguration of road projects in Uttar Pradesh recently.

Gadkari had previously informed that his ministry had issued an advisory to car makers to introduce flexible-fuel engines in vehicles in six months. Flex-fuel is an alternate fuel that is made by combining petrol with ethanol or methanol. And flex-fuel engines would be able to make use of such blended fuels, bringing the costs down while also potentially resulting in lower emission levels.

The Indian government has also been backing the spread of CNG as a fuel option and Gadkari has said efforts are on to make CNG from stubble of paddy too.

But the most effective way to tackle air pollution could well be the mass adoption of electric vehicle. While most of the electricity produced in India does come from fossil fuels, leading many to question the merits of a switch to battery power, India is also betting big on alternate sources of electricity generation like solar and wind. At present, the EV movement in India is being led by two and three wheelers but more options from mass-market car manufacturers, combined with constantly improving infrastructure and lower battery costs could enforce a rapid and wide EV adoption.