Cruise's autonomous cars will also be not allowed on highways or during heavy fog, precipitation or smoke.
By : HT Auto Desk
| Updated on: 03 Jun 2022, 09:03 AM 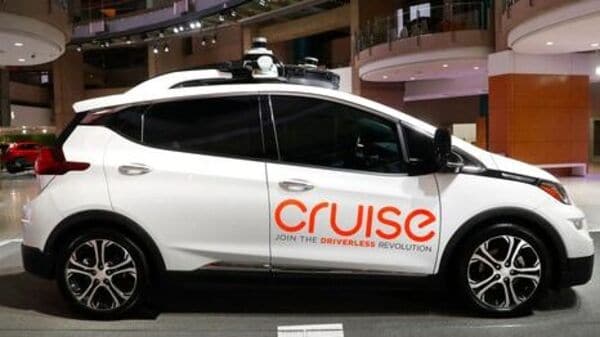 General Motors' Cruise has become the first company to get a permit to charge users for autonomous car rides in San Francisco. Last year, GM's Cruise obtained permission from the California Department of Motor Vehicles to offer rides in its self-driving cars in the city. According to a report by Reuters, the former permit was Cruise's final step as following this the brand plans to launch paid services in the next couple of weeks. Cruise will use around 30 autonomous Chevrolet Bolt electric vehicles.

The autonomous electric vehicles will drive around the city at a maximum speed of 48 kmph. The report mentioned these self-driving cars will avoid the downtown area and provide service from 10 pm to 6 am. These autonomous cars will also be not allowed on highways or during heavy fog, precipitation or smoke. Commissioner Clifford Rechtschaffen mentioned the panel is taking a careful and steady approach in regulating self-driving cars. “It will allow our staff to continue to gather very important data that will support the development of future phases," he added.

Previously, it has been mentioned that disability and business groups had extended their support to the company while staff for the state commission had shared that the brand's proposal reasonably protects passenger safety. However, a few incidents have been reported related to Cruise's autonomous vehicles.

A local official had reported a Cruise self-driving car appeared confused and blocked a San Francisco fire engine in April briefly when the fire engine was on its way to a three-alarm fire. Another incident was shared where an autonomous vehicle from Cruise seemed to move away from an officer before the formalities were over after it was stopped. The report mentioned Cruise said its cars made safe decisions.