GM and Honda's partnership for solid-state storage would deepen their growing relationship. The two companies already develop hydrogen fuel cells and EVs together.
By : HT Auto Desk
| Updated on: 24 Apr 2022, 10:28 AM 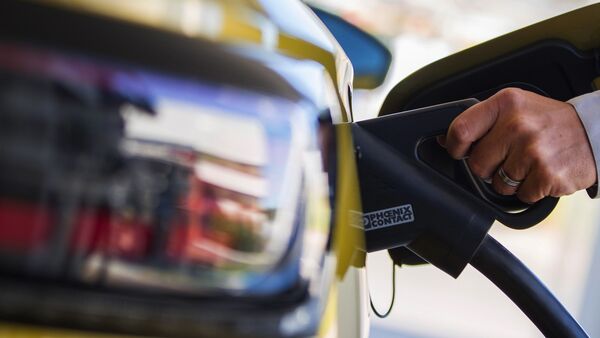 General Motors (GM) and Honda Motor are in talks about expanding their electric-vehicle partnership to include development of solid-state EV batteries, which automakers are chasing as they ought to have more power, lower cost and reduced risk of fire. The two companies already develop hydrogen fuel cells and EVs together while Honda is also a minority investor in GM's self-driving vehicle startup Cruise.

And now, both the companies have been discussing joint development of future batteries as they expand their cooperation. However, no decision has been made so far, Shinji Aoyama, Honda’s managing director for electrification, said in an interview with Bloomberg. “As of now we have not decided to do anything more with GM, but we are discussing semi-solid state and solid-state batteries," Aoyama said.

(Also read | GM issues recall for more than 2,600 SUVs due to airbag issues)

Solid-state EV batteries are touted to be a possible breakthrough in electric storage for vehicles. As lithium-ion batteries used in EVs presently have a flammable liquid electrolyte that conducts electronics between the cathode and anode, the ultimate goal is to replace that liquid with more stable materials such as ceramics. These materials do not catch on fire and would also reduce the size of the pack. They can also store more energy and lose less power in cold weather conditions.

Honda plans to start a small manufacturing pilot in 2024 to prove its ability to make the batteries and aims to have them in production in the late 2020s, Aoyama said. Further, GM and Honda's partnership for solid-state storage would deepen their growing relationship. Honda has plans to build two mid-sized SUVs using GM’s Ultium battery pack in North America. The companies also plan to jointly produce smaller EVs that could be sold in millions of units a year globally.

As for solid-state EV batteries, battery makers have had a difficult time scaling up manufacturing of such batteries for cars, but they have been used in small electronics like pacemakers.