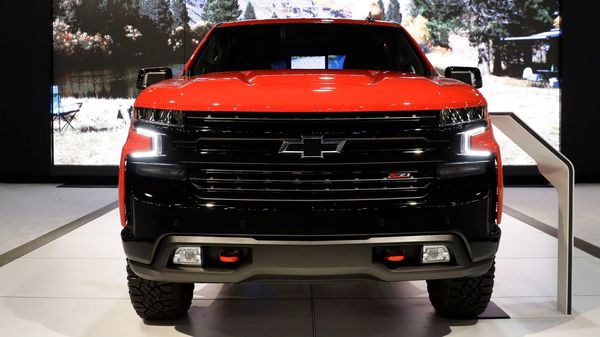 File photo of a Chevrolet Silverado 1500 for representational purpose.

SHANGHAI : General Motors Co's vehicle sales in China fell for a second year as overall auto sales declined amid a slowing economy and because of competition in the key mid-priced sport utility vehicle (SUV) segment.

GM has a Shanghai-based joint venture with SAIC Motor Corp, in which the Buick, Chevrolet and Cadillac vehicle brands are made. It also has another Liuzhou-based venture, with SAIC and Guangxi Automobile Group, in which they make no-frills minivans and have started to make higher-end cars.

"We expect the market downturn to continue in 2020, and anticipate ongoing headwinds in our China business," Tsien added.

China's auto market is set to contract by 2% in 2020, the third year of declines, the China Association of Automobile Manufacturers has forecast, because of the weaker economy and the trade dispute with the United States.

The CAAM will announce 2019 full year sales next week.