GM and Lockheed Martin are working on lunar rover for astronauts but a range of rovers may also be sold to future space travelers.
By : HT Auto Desk
| Updated on: 13 Jun 2022, 09:40 AM 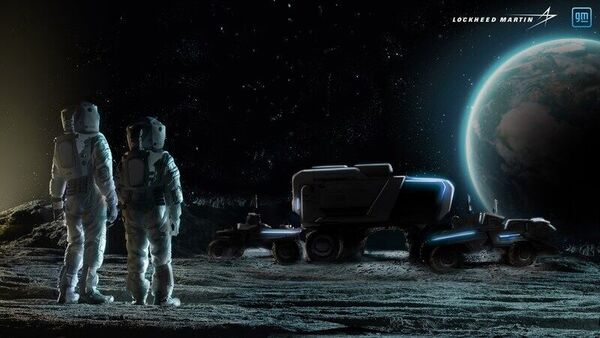 The next generation of lunar rovers could be unlike any ever seen by the moon as GM and Lockheed Martin team up to help astronauts.

General Motors is working with Lockheed Martin to build a lunar vehicle for NASA but a new report now has a company official hinting that a range of such vehicles capable of traversing on the Moon may be in the works for wealthy individuals planning space travel in the time to come. With a number of companies, including SpaceX and Blue Origin closing in on offering an outwardly experience - and literally at that, to individuals, the GM lunar vehicle may actually may make sense for a commercial sale here on Earth.

GM spokesman Stuart Fowle reportedly told CNN Business that the company is prepping a number of lunar vehicles, the first of which could be ready by 2025. These vehicles would be similar to cars here on Earth in terms of basic feel but that's about it. Lunar vehicles would need to travel on extremely challenging low-gravity surfaces which would require a high level of automotive engineering capability. And because NASA or even private space travel companies would have individuals in varying kinds of space suits, the eventual vehicle may require a high degree of customization to ensure absolutely zero chance of any damage.

In the slow lane

The first lunar vehicle from GM-Lockheed partnership may be a high-tech machine on wheels but to just look at, it would most likely be a buggy. But because of battery technology advancements, the new-age lunar rovers - or lunar buggies - would be able to travel further than ever before while also promising a safer and smoother drive and ride experience. Quite obviously, speed won't be its claim to fame and is hardly a requirement either as the first few vehicles would anyway be used by astronauts who are tasked with research and exploration missions.

GM isn't new to the lunar rover game. Back in 1960s, the American automotive giant worked with Boeing to create the first lunar rover with three of these driven on the Moon in 1971 and 1972. Interestingly, the three rovers - LRV-1, LRV-2 and LRV-3 - are still on the Moon.

But while the first-ever lunar rovers is likely to inspire the latest and advanced rovers being developed, these upcoming vehicles would be far more advanced than anything seen so far, here or in space. "Working together with Lockheed Martin and their deep-space exploration expertise, we plan to support American astronauts on the Moon once again," said Alan Wexler, Senior Vice President of Innovation and Growth at General Motors.