GM said it traced a network of foreign bank accounts containing millions of dollars in places such as Switzerland, Luxembourg and the Cayman Islands.
By : Bloomberg
| Updated on: 04 Aug 2020, 08:01 AM 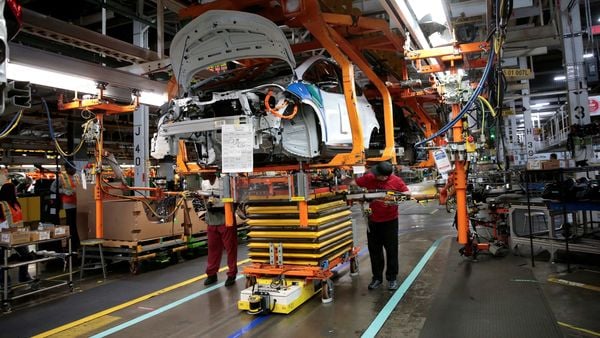 General Motors claims it has uncovered new evidence of how its rival got better labor contracts than competing automakers by paying off the United Auto Workers.

General Motors Co. urged a judge to reconsider the dismissal of its racketeering lawsuit against Fiat Chrysler Automobiles NV, saying it has uncovered new evidence of how its rival got better labor contracts than competing automakers by paying off the United Auto Workers.

GM said in a filing Monday that Al Iacobelli, the former head of union relations at Fiat Chrysler, was being paid by Fiat Chrysler to spy on GM while he was working at GM. Iacobelli and Joe Ashton, the UAW appointee to GM’s board, were both paid through offshore accounts to spy on GM, according to the filing in Detroit federal court.

“The existence and use of these foreign accounts have never come to light publicly and by their very design were intended to remain secretive from criminal investigation," GM said in filing.

GM said it traced a network of foreign bank accounts containing millions of dollars in places such as Switzerland, Luxembourg and the Cayman Islands.

Ashton, who had at least one account in the Cayman Islands, operated as a “paid mole" inside GM’s boardroom during 2015 collective bargaining negotiations as UAW’s representative on GM’s board, according to the filing. Iacobelli helped Fiat Chrysler’s racketeering scheme by “funneling inside information," GM said in the filing.

In dismissing the racketeering claims last month, U.S. District Judge Paul Borman said GM wouldn’t have enjoyed the competitive advantages it cited regardless of Fiat Chrysler’s acts, which have landed nine former officials from the automaker and union in jail as part of a federal corruption probe.

Fiat Chrysler said at the time that it had maintained “from the very outset that this was a meritless lawsuit."

GM asked the court to set aside its ruling and allow it to file an amended complaint in light of fresh evidence. The company said in the new filing that the bribery scheme didn’t hurt union workers but added to GM’s costs. It’s a key point because the judge had concluded that union workers, not GM, were the real victims.

“The highly confidential information Ashton and Iacobelli obtained allowed the UAW and FCA ‘to tailor their approaches (both in labor negotiations and merger efforts) to inflict maximum pressure on GM," impose higher labor costs on GM, and ultimately attempt to force a merger which, although rejected by GM, caused GM direct harm of over a billion dollars in increased cost in the 2015 collective bargaining agreement, alone," GM said it in its filing.

Iacobelli was sentenced in 2018 to 5 1/2 years in prison for tapping a union training fund to splurge millions of dollars on a Ferrari, Mont Blanc pens and a mortgage. Ashton, who pleaded guilty to wire fraud and money laundering conspiracies, is set to be sentenced Aug. 18. Williams was investigated by federal authorities but wasn’t charged with a crime.