Walmart’s cargo-hauling partner moves to scale sans humans.Gatik engineers and algorithms laboriously study a route for weeks before letting the robots steer and are able to program specifically for certain sticky points.
By : Bloomberg
| Updated on: 28 Aug 2021, 05:08 PM 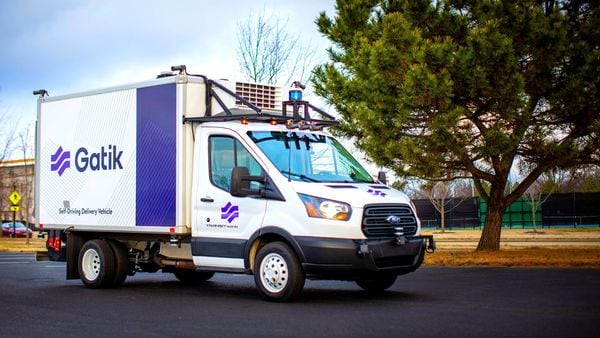 On the “we-were-told-there-would-be-jetpacks" spectrum of protracted transportation breakthroughs, self-driving vehicles are slowly creeping up on flying cars.

They’ve been nearly, almost, just-about there for so long now, as evidenced yet again by Bloomberg Businessweek’s recent deep-dive on Waymo, which shows the autonomous giant still struggling with road construction sites and other occasional outliers to the common commute.

But while Waymo, a unit of Alphabet Inc., was dealing with a departing CEO and training its algorithms to recognize traffic cones, a rival that you’ve probably never heard of quietly took the drivers out of its “driverless" rigs. Gatik, which hauls cargo for Walmart, Loblaws and a handful of other massive retailers, told me it made the switch recently on a few of its routes in Arkansas, putting it on a very, very short list of human-free transportation companies.

“This is not a one-time thing," cofounder and Chief Executive Officer Gautam Narang said. “It’s not a demo. The focus now is how do we scale it."

It’s important to note that Gatik’s autonomous goals are far more modest than Waymo’s. Like Nuro, it forgoes the passenger entirely, choosing instead to focus on schlepping around goods. And it further narrows its lane to middle-mile transportation, essentially shuttling its trucks to and from two fixed points, say, a distributing center and a big-box store.

Gatik engineers and algorithms laboriously study a route for weeks before letting the robots steer and are able to program specifically for certain sticky points. There’s nobody to get frustrated, in other words, if the rig takes three rights instead of a left.

“We’ve been operating on these routes for a few years now," Narang said, “and the technologies are at a point where the numbers are there" in terms of the sheer number of safe, drama-free trips.

Granted, Gatik still has human chaperones, one dedicated per vehicle, but they’re patching into the vehicle from a remote location. If the truck runs into any kind of trouble, it executes a “graceful recovery," essentially pulling over and pinging its overseer, like a lost teenager dialing dad. The truck will suggest a workaround that the chaperone can approve or revise. Uber drivers may eventually be out of luck, but these chaperones, housed in the ride-hailing version of a call center, will soon be one of the hottest occupations going.

For a retail empire, the economics spool up quickly. Their supply chains will go driverless long before the airport taxi queue and the savings will be both immediate and easy to model. As the autonomous driving field narrows, Gatik’s sneaky move to the front will no doubt be noticed by investors, possibly some of the same crew that has poured $5.7 billion into Waymo since last summer.

Elsewhere in robot-assisted retail Kiwibot, whose sidewalk droids got started on the University of California Berkeley campus, has a new deal with Sodexo. The food services giant is paying the startup to buzz burritos and the like around three more campuses: New Mexico State University, Loyola Marymount University and Gonzaga University — some 50 new bots in all.

The potential follow-on business is massive; Sodexo has 420,000 employees in 64 countries, stocking kitchens in schools, hospitals and senior centers. In North America alone, it serves 850 colleges. “This is the start of the future," said Kiwibot Chief Operating Officer Diego Varela.

Sidewalks are slightly more forgiving than streets of course. Each Kiwibot supervisor handles up to three bots at a time from the company’s nerve center in Medellin, Colombia.

We might, then, want to dial down our entitled tech outrage just a tad. Jetpacks are still a mess, but the self-driving cars are already here; it’s just that most of them aren’t really cars at all.