The reliance on isolated forms of travel including private cars seemed to be the main factor boosting fuel demand, as per analysts.
By : Reuters
| Updated on: 15 Sep 2020, 01:51 PM 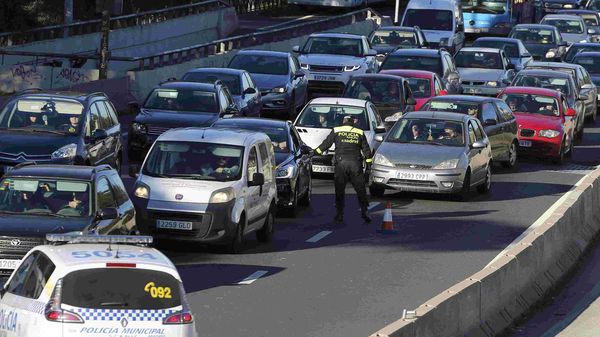 File photo of traffic used for representational purpose only

Traffic picked up in cities across the globe as the summer season ended and schools opened, giving a boost to fuel demand, but the prospect of recovery remained weak as many commuters still worked from home and vehicle sales were down.

The reliance on isolated forms of travel including private cars seemed to be the main factor boosting demand, analysts and traders said, as most people avoided public transport for fear of the coronavirus.

Road traffic in New York, London and Paris was on a slow but steady recovery, data provided to Reuters by location technology company TomTom showed.

In Moscow and Beijing, traffic was as high as pre-lockdowns levels.

Fuel demand usually falls in September as the summer driving season ends, but this year, analysts expect fuel demand in September to be almost on par with August.

"Over the first 10 days of September road fuels demand has added 700,000 barrels per day (bpd) after remaining flat over the summer months. The acceleration is mostly visible in Europe," said Artyom Tchen, senior oil market analyst at Rystad Energy.

Traffic in some small European cities such as Geneva has even exceeded 2019 levels, TomTom data showed.

Data provided to Reuters by the app Transit showed public transport in many cities making a much slower recovery in September compared to road traffic.

However, analysts and traders said they did not expect a significant rise in fuel consumption in the coming months, since short trips in cities do not burn as much fuel as long holiday journeys.

The fast recovery was also capped by a rise in Covid-19 cases in several countries.

"Many commuters still working from home, new vehicle sales are still sluggish. So I believe this September visible recovery will be relatively short-lived," Tchen said.

A gasoline trader in Geneva said the uptick in fuel demand led by the end of summer vacations, opening of schools and the use of personal cars seemed to be offset by other factors such as working from home. "Demand will slightly pick up from September onward, but short-lived into Q4, Q1 and Q2," said the trader, who asked not to be identified.

Global gasoline and diesel demand is expected to return to pre-pandemic levels by the end of 2021, several senior industry executives said on Monday.