Nissan's ex-boss Carlos Ghosn and ex-director Greg Kelly were accused of underreporting Ghosn’s remuneration by about 9 billion yen ($85 million) over eight years through March 2018.
By : Bloomberg
| Updated on: 24 Feb 2021, 04:43 PM 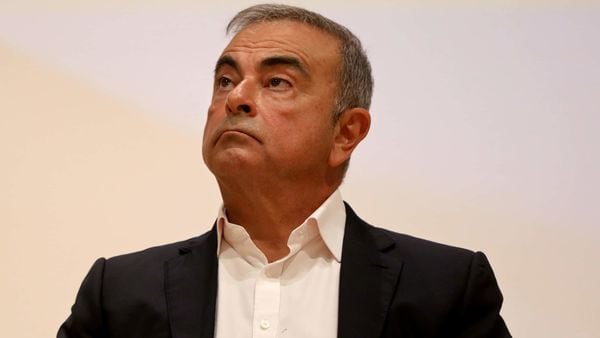 Former Nissan Motor Co. Chief Executive Officer Hiroto Saikawa told a Tokyo court that he agreed that former Chairman Carlos Ghosn should have been paid more to prevent him from going to a rival automaker.

Greg Kelly, the former Nissan director who was arrested on the same day as Ghosn in November 2018, is standing trial for allegedly helping the former chairman of Nissan and its alliance with Renault SA and Mitsubishi Motors Corp. understate tens of millions of dollars in compensation. Saikawa took the stand Wednesday to testify about his role in the events leading to the arrests more than two years ago, which triggered turmoil within the carmaker and later led to his escape from Japan and life as a fugitive in Lebanon.

Saikawa, 67, was the most senior leader at Nissan after Ghosn when he was detained, sending shock waves through the alliance and wider business world. That put the Japanese executive in a position to know many of the details behind the allegations against Ghosn and Kelly. With Ghosn in exile, Kelly’s trial is the only forum where those accusations will likely get a full legal airing.

Saikawa, dressed in a black suit, told prosecutors that Ghosn didn’t like compensation disclosure rules, and had expressed this to the board. The former CEO also said he had agreed with Kelly in 2011 that Ghosn should be paid more to prevent him from going to a rival automaker, and that the executive should receive compensation for non-competition and consulting services after retirement. 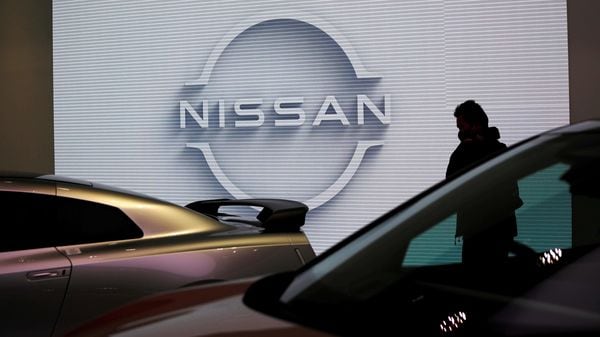 “Ghosn’s salary was too low given global competition for human resources," Saikawa said in response to prosecutors’ questions. “I believed that was a threat to Nissan, that’s why I supported what Kelly was doing," he said.

Asked why he signed a document outlining the remuneration, the former CEO said Kelly, who was in charge of the payments, had asked him to because “it was a draft and I wanted to support the initiative."

Following Ghosn and Kelly’s arrests, Saikawa became the face of Nissan’s allegations against the pair, starting with a news conference on the day they were detained, and attacking Ghosn for using Nissan’s money for personal gain. The big question is whether Saikawa himself was also involved in decisions about Ghosn’s pay, and if so, to what extent.

Ghosn and Kelly were accused of underreporting Ghosn’s remuneration by about 9 billion yen ($85 million) over eight years through March 2018. After helming Nissan as co-CEO with Ghosn, Saikawa took over from April 2017, and was a board member throughout the period concerned. He stepped down as CEO in late 2019 following a scandal over his own compensation.

While Kelly denies allegations that he helped Ghosn hide his remuneration and is seeking to exonerate himself, Nissan — the company is also on trial for its role — has effectively pleaded no contest. Saikawa’s testimony this week may shed some light on how the chairman of a publicly listed company, with processes and checks and balances covering every function, was allegedly able to misrepresent his income for close to a decade.

Saikawa said in Wednesday’s testimony that he signed several other documents through the years which Kelly said where updates to the original agreement, and which Saikawa admits to have not read thoroughly, thinking they were still in the draft phase.

Saikawa has said in the past that he accepts responsibility for the Ghosn scandal and had intended to resign as CEO of Nissan once the company found a suitable replacement. In an interview with a Japanese magazine in June 2019, Kelly said Saikawa was fully aware of Ghosn’s compensation situation. Kelly also revealed that Saikawa received tens of millions of yen in extra income through date-adjusted stock appreciation rights, triggering the events that led to the former CEO’s exit.

Nissan doesn’t consider Saikawa’s excess payment to have violated laws and Saikawa has denied he ordered the payments, saying the matter was mishandled by staff.

Ghosn and Saikawa’s partnership began in 2001, two years after Renault rescued Nissan from the brink of bankruptcy by purchasing about a third of its shares. Ghosn, appointed as Nissan’s chief operating officer, chose Saikawa to head a new office coordinating purchasing between the Japanese and French automakers.

Saikawa was groomed and promoted by Ghosn through the years, but their relationship began to change when Ghosn started pushing for greater integration of Renault and Nissan. Saikawa opposed the idea of Nissan becoming subsumed into a global conglomerate with its smaller and less profitable partner, telling the Nikkei that he saw “no merit" in combining the two in an interview in April 2018.

When Hari Nada, a senior vice president at Nissan, brought evidence he and others had been collecting on what they suspected was financial misconduct relating to Ghosn’s compensation to Saikawa in October 2018, the then-CEO quickly agreed to cooperate with prosecutors, Bloomberg has reported. Saikawa then went on to help organize the operation to arrest Ghosn and Kelly upon their arrival to Japan the following month.

In Ghosn’s first press conference since his arrest, held in Beirut in January 2020, he called out Nissan executives including Saikawa, accusing them of conspiring to topple him to prevent further integration of Nissan with Renault. Nissan maintains that the cause of this chain of events is “the misconduct led by Ghosn and Kelly" for which the company found “substantial and convincing evidence."

Saikawa is testifying this week at roughly the mid-point of the trial, which began in September and is slated to end around July.