Ford shares have more than doubled this year and have been trading around a 20-year-high.The valuations of Ford and GM still lag behind that of electric-truck maker Rivian Automotive Inc., which went public in November this year.
By : Bloomberg
| Updated on: 29 Dec 2021, 10:05 AM 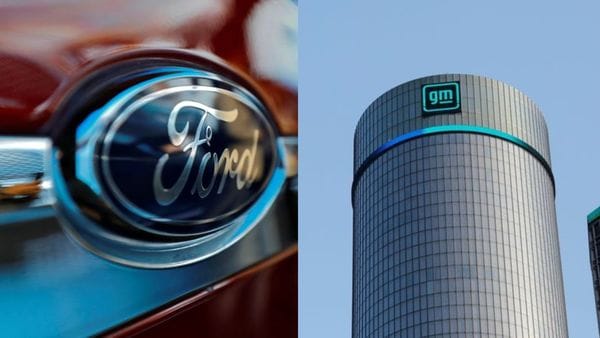 Ford Motor Co.’s surging stock has given it a market value greater than rival General Motors Co. for the first time in more than five years.

Ford had a market value of $83 billion at the close in New York, just barely ahead of GM’s $82.9 billion. The last time Ford was valued at more than its Detroit-based rival was Sept. 14, 2016, when Ford closed the day with a market cap of $48.2 billion.

Ford shares have more than doubled this year and have been trading around a 20-year-high. They’ve been on a tear since Jim Farley became chief executive officer 14 months ago and accelerated Ford’s push into electric vehicles. The automaker has sold out the first year of its electric F-150 pickup, debuting this spring, and plans to produce 600,000 EVs annually by 2024.

GM has a goal to go all-electric by the middle of the next decade, but surprised Wall Street with the abrupt departure of the head of its self-driving unit Cruise just ahead of expected approval for the launch of a robotaxi service in San Francisco.

The valuations of Ford and GM still lag behind that of electric-truck maker Rivian Automotive Inc., which went public in November in the largest IPO of the year. Rivian, which fell after revealing a shortfall in production, is valued at $92.6 billion. Tesla Inc., the largest carmaker in the world by market value, dwarfs the competition with a valuation of $1.09 trillion.