Force Motors is building an entirely new bodyshop with robotic and laser-welding facilities with an installed capacity of 35,000 units for T1N, which will be an 18-seater van that boasts of 25 industry-first features.
By :
| Updated on: 27 Jan 2020, 08:26 AM 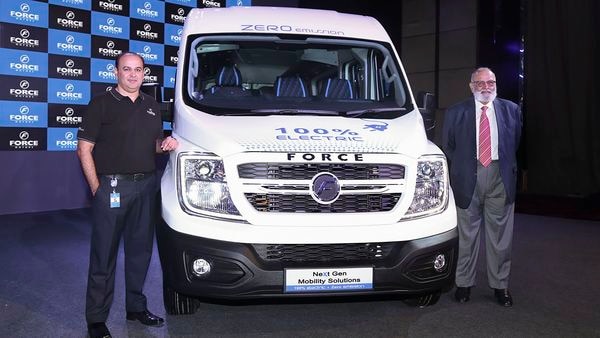 MUMBAI : Force Motors, the market leader in inter-city commuter vans, has lined up ₹600 crore in fresh investment to develop two new models over the next two years.

The proposed new models in the shared mobility space will come out from its soon-to-be-launched premium platform, code-named T1N, an export-focused premium van developed with an investment of ₹1,000 crore and is getting ready for commercial production by the end of the year.

"We have lined up ₹600 crore in fresh capital investment to develop two new models for the next two years. These new vehicles will come out from our next generation monocoque platform coming up at our Pithampur, Indore, works for T1N," Prasan Firodia, managing director, Force Motors, told PTI.

Previously, the company, the largest van maker in the country with a market share of over 68 per cent, unveiled the van 'T1N', which will be mostly exported.

The BS 6-compliant vehicle will also be available in electric and CNG versions and has been developed over the past four years at an investment of ₹1,000 crore.

The company is building an entirely new bodyshop with robotic and laser-welding facilities with an installed capacity of 35,000 units for T1N, which will be an 18-seater van that boasts of 25 industry-first features.

The new premium van will be export-focused and the Firodias, who were the pioneers of autorickshaws in the 1950s, will begin shipping the van to the Gulf markets first followed by North Africa, South Africa, the Asean, South America and the Saarc regions, Firodia said.

On the rationale for launching a premium commuter van, Firodia said they want to use this van to be the springboard to become a global automotive company.

The Pune-based company, which sells two commuter vans Trax and Traveller, nets almost 50 per cent of its income from its engine supply business with Mercedes and BMW now. It is also entering into an agreement with Rolls Royce to supply engines.

In the quarter to September, Force had reported an 84 per cent plunge in net income to ₹4.2 crore on a revenue of ₹818 crore, which was down 5.6 per cent.

Its association with Mercedes dates back to 1997, when Daimler AG decided to manufacture Mercs in the country. To date, it has supplied over 1,15,000 engines to Mercedes Benz India from its state-of-the-art dedicated facility at Chakan near Pune.

Similarly, in 2015, BMW assigned Force to produce and test the engines for all cars and SUVs to be made in the country. Accordingly, it has built a dedicated factory closer to the BMW plant in Chennai and has supplied over 45,000 engines to the German luxury car maker.

In March 2018, Force Motors entered into a joint venture (JV) with Rolls-Royce Power Systems AG to manufacture and supply worldwide, the 10- and 12-cylinder, series 1,600 engines for power generation and under-floor rail applications. The JV is slated to take off from April.