Flying cars will be a reality by 2030, reduce congestion: Hyundai Europe chief

Hyundai is working to develop the UK's first airport without a runway, which is especially designed for flying cars and autonomous delivery drones.Hyundai has already pledged to invest about $1.5 billion in urban air mobility by 2025.
By : HT Auto Desk
| Updated on: 03 Jul 2021, 03:52 PM 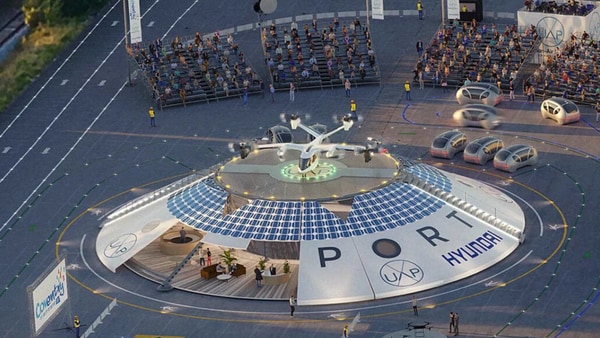 File photo of the flying car airport to come up in Coventry, England.

The fantasy of flying cars is inching closer to reality with each passing year. Several companies have been working on this technology and have also built innovative prototypes to take test flights. With more progress with time, flying cars will soon become operational in cities around the world.

Hyundai European operations CEO Michael Cole is quite confident that flying cars will become a reality by the end of this decade. "We believe it really is part of the future solution of offering innovative, smart mobility solutions," he said at a conference of industry group Society of Motor Manufacturers and Traders.

Hyundai has made significant investments in urban air mobility. The South Korean carmaker is developing flying taxis that are powered by electric batteries and can transport five to six people from highly congested urban centres to airports. Cole believes that flying cars will help reduce congestion in cities and even help reduce carbon emissions. "By the latter part of this decade certainly, urban air mobility will offer great opportunity to free up congestion in cities... whether that’s intra-city mobility in the air or whether it’s even between cities," he said.

Believing in its future worth, the automaker has already pledged to invest about $1.5 billion in urban air mobility by 2025. It even has a dedicated Urban Air Mobility Division led by Jaiwon Shin, a former NASA engineer. Hyundai showcased its first flying car concept at the Consumer Electronics Show in Las Vegas in January 2020. The S-A1 electric plane was created in partnership with ride-hailing platform Uber.

Hyundai is also working to develop the UK’s first airport without a runway, which is especially designed for aircraft that are capable of electric vertical take-off and landing (eVTOL). The airport is scheduled to open in Coventry later this year. The airport will facilitate flights of air taxis and autonomous delivery drones.

(with inputs from The Guardian)