Fisker teams up with Apple supplier Foxconn for EVs, aims at Indian market 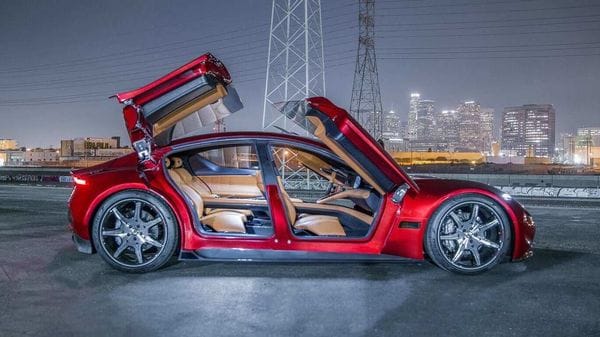 The car under the Fisker-Foxconn deal is going to come out in the fourth quarter of 2023 and will be a part of the four-model lineup announced by the company. (Fisker e-motion electric car).

Electric-car maker Fisker Inc has announced that will team up with Apple Inc supplier Foxconn to manufacture over 250,000 vehicles a year beginning in late 2023.

As per the electric car maker, the deal has been codenamed "Project PEAR" (Personal Electric Automotive Revolution) and aims at markets globally, including North America, Europe, China and also India.

Foxconn has officially announced in the past that it is aiming to provide components or services to 10% of the world's EVs by 2025 to 2027.

"A lot of auto suppliers and manufacturers are looking to get a piece of this explosive growth that's ahead for the global electric vehicle market," said CFRA Research analyst Garrett Nelson, who has a "buy" rating on Fisker.

Henrik Fisker, Chief Executive Fisker, told Reuters that he expects the deal to be finalized in the second quarter and to last about seven years. He added that the upcoming electric vehicle is going to "futuristic" and "something completely different," as well as "affordable."

It is going to come out in the fourth quarter of 2023 and will be a part of the four-model lineup that Fisker has previously announced.

"We're not just going to make another electric car," Henrik Fisker said in an interview. "We want to introduce things that probably will almost feel a little scary to some people."

The acceptance of Tesla worldwide has paved the way for other small-scale EV makers. The sector is booming, with Tesla Inc still the market leader. Earlier this week, luxury electric-car maker Lucid Motors announced plans to go public.

Tesla has even announced its plans for the Indian market and its India entry may work out as the catalyst for the EV revolution in the country. Apart from Tesla, several established luxury carmakers such as Audi and Mercedes have plans for scooping the EV pie in the Indian market.