Though the traffic police hasn't received any information about the protesting farmers reaching the Delhi-Gurugram border, it is still working on tightening security and other measures.
By : HT Auto Desk
| Updated on: 30 Nov 2020, 03:24 PM 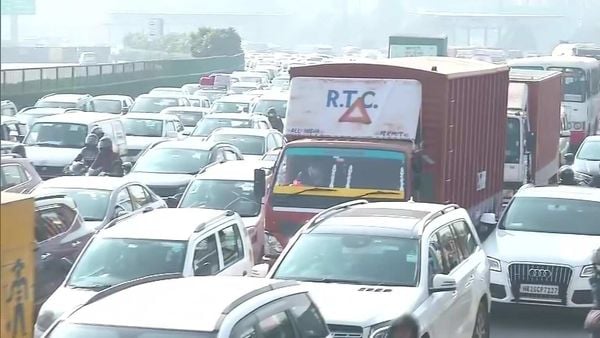 As the ongoing farmers' protests against the Centre's farm bills enters its fifth day today, massive traffic jams are feared for all those travelling to and from Delhi to Gurugram, Faridabad or Ghaziabad.

Till Monday afternoon, traffic congestions have been reported from places like the Delhi- Gurugram (Haryana) border. Though the police hasn't received any information about the protesting farmers coming there, they are still working on tightening security and other measures. "We are taking precautionary measures and preparing for the same at both Singhu and Tikri border," DCP South-West, Ingit Pratap Singh was quoted as saying by ANI.

The Tikri and Singhu borders still remain closed for commuters wanting to travel between Delhi and Haryana. However, the Delhi Traffic Police is posting real-time traffic updates and suggesting alternate routes in order to alert commuters and reduce traffic.

Traffic congestion at Delhi-Gurugram (Haryana) border in view of #FarmersProtest.

DCP South-West, Ingit Pratap Singh says, "We haven’t received any inputs on farmers coming here. We are taking precautionary measures and preparing for the same at both Singhu and Tikri border." pic.twitter.com/JRivic29N1

Last week, similar protests saw massive traffic jams on roads leading to Delhi. However, the city's police has assured that it will make all necessary arrangements to minimise any inconvenience to the travellers.

The 'Delhi Chalo' protest is being held by farmers from Punjab, Haryana and Rajasthan as a response to the Centre's three agri-marketing laws enacted in September. They are demanding the withdrawal of the three laws which deregulate the sale of their crops.