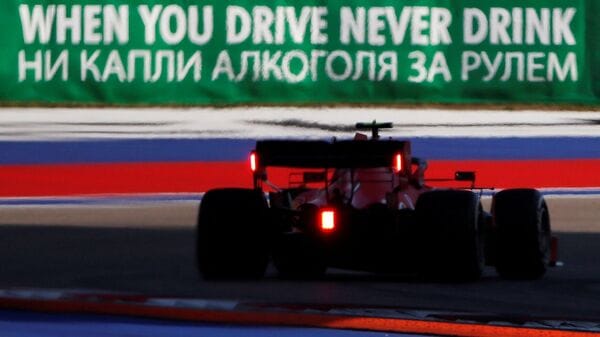 File photo of a F1 race at Sochi Autodrom in Russia.

Formula One has terminated the contract with Russian Grand Prix following Moscow's invasion of Ukraine last week which means that future races at the Sochi Autodrom have been put off indefinitely. While this year's Russian F1 was anyway put off, also because several drivers expressed reservations about racing here, the termination of the contract is a more definite step in the snub of Russia.

The announcement was made in a statement issued by F1. “Formula 1 can confirm it has terminated its contract with the Russian Grand Prix. Russia will not have a race in the future," the statement reads.

The contract between F1 and Russia for the Grand Prix here ran till 2025. This year's edition was scheduled to be held from September 25 but was cancelled. Racers, including four-time F1 champion Sebastian Vettel, had expressed they are unwilling to go to Russia for the race.

Various reports suggest that the two decisions - to cancel this year's Russian GP and to end the contract - were taken last week after F1 officials consulted team bosses. And F1 isn't alone in boycotting Russia after the country invaded Ukraine and is continuing to push inwards despite widespread international condemnation.

While there have been varying economic sanctions imposed on Russia, its sportspersons and athletes have been banned from competing in several key global events.

There are also many automotive brands - among many multinationals - that have suspended business operations in or with Russia. The list includes Volvo, Harley-Davidson, Toyota, Honda, Volkswagen, Daimler Trucks and others.