Ferrari driver Charles Leclerc had crashed out of the French Grand Prix last weekend, while his teammate Carlos Sainz could not recover from a 10-spot penalty.
By : HT Auto Desk
| Updated on: 28 Jul 2022, 16:41 PM 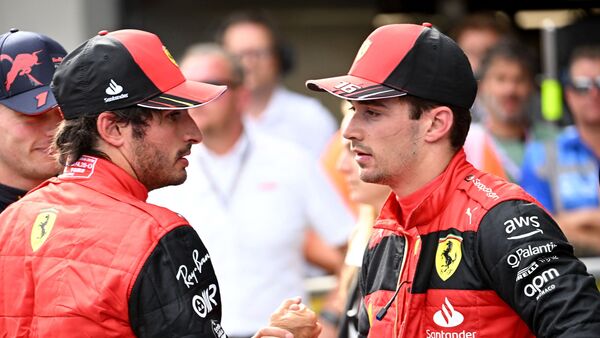 Ferrari had a forgettable French Grand Prix where it failed to grab a single podium finish. The result has pegged the Italian racing team back at its chance to challenge Red Bull Racing in the ongoing Formula 1 season.

Italian Formula 1 racing team Ferrari is aiming to return to podium in Hungary this weekend after a disappointing race at the French Grand Prix last Sunday. The Italian team is aiming for the top two spots at the Hungarian Grand Prix to keep its hopes to win this year's Formula 1 championship alive. Ferrari currently trails Honda's Red Bull Racing, which is leading this season in both drivers and constructors championship. Despite a promising start to the season, Ferrari has faced several roadblocks on the way to recover its past glory in world's top motorsport.

Ferrari driver Charles Leclerc had crashed out of the French Grand Prix last weekend, while his teammate Carlos Sainz could not recover from a 10-spot penalty. This has left the French driver 63 points behind Red Bull's championship leader Max Verstappen. Ferrari is also trailing Red Bull Racing by 82 points in the Formula 1 constructors' standings.

Mattia Binotto, team boss at Ferrari, sounded optimistic to reduce the gap with Red Bull and emerge winner at the end of the season. He said, "We need to turn the page and look to Hungary and do a one-two there. There is plenty of reason why we need to smile. Our objective should not be winning but a one-two. There is no reason why not to win 10 races from now to the end."

Ferrari's last victory at the Hungarian Grand Prix came way back in 2018 when Sebastian Vettel and Kimi Raikkonen finished one-two for the Italian team.