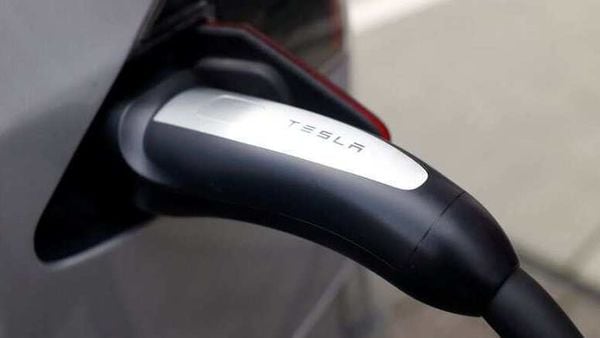 Confused by kilowatts? Can’t tell an anode from a cathode? Here is a simple guide to the jargon likely to be tossed around at Tesla’s Battery Day on September 22.

A Tesla Model 3 uses a single lithium-ion battery pack that houses four smaller modules. Each module contains 700 to 1,000 individual cylindrical cells, shaped much like the ones in a flashlight.

Cells can come in different shapes and sizes, but most have three key elements: Electrodes, electrolyte and separator.

Electrodes store the lithium. The electrolyte carries the lithium ions between electrodes. The separator keeps the positive electrode from coming in contact with the negative electrode.

Panasonic supplies cylindrical battery cells to Tesla for the Model 3 and Model Y. The positive electrodes are made from a combination of nickel, aluminum and small amounts of cobalt, called NCA.

In China, CATL supplies Tesla with battery cells in a flat format called prismatic, with a different cathode mixture (lithium iron phosphate, or LFP). This material contains no cobalt and is less expensive than Panasonic’s NCA chemistry, but does not hold as much energy or provide as much range as the NCA cylindrical batteries of the same size or mass.

Tesla’s next generation of batteries is expected to be able to store more energy — and thus enable greater vehicle range — while providing more power.

Because LFP battery cells typically cannot store as much energy as NCA cells, vehicles that use LFP cells generally require more of them to achieve the same range between charges as vehicles powered by NCA cells.

Tesla vehicles currently can drive up to 400 miles between charges with NCA cells and nearly 300 miles with LFP cells. Tesla has said the new Cybertruck will get up to 500 miles.

Tesla’s next generation of batteries is expected to have much longer life: The equivalent of 1 million miles or more, compared with about 500,000 miles today.

The cost of battery cells and packs is coming down rapidly. Measured in dollars per kilowatt-hour ($/kWh), experts have pegged $100/kWh at the cell level as the point where electric cars will begin to approach the cost of vehicles powered by combustion engines and fossil fuel.

A lithium ion battery cell that costs $100/kWh to produce means a battery pack, with its additional battery management system, cooling system and other materials, could cost $125-$130/kWh or more.