An analysis by CRISIL stated that along with metro cities, smaller towns too are hopping on to the EV bandwagon.
By : HT Auto Desk
| Updated on: 25 Apr 2022, 02:09 PM 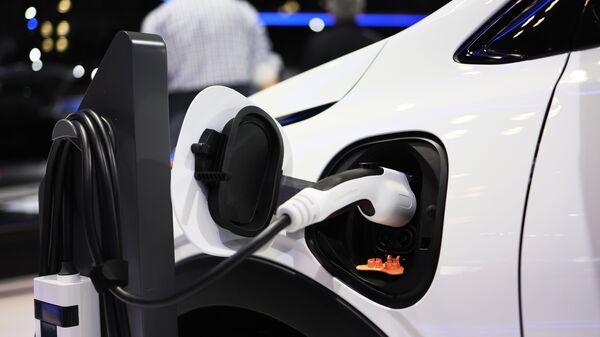 Electric vehicles (EVs) will offer an almost rupees three-lakh-crore business for various stakeholders in India in the next five years through fiscal 2026, as per an analysis by CRISIL. The business opportunity will include potential revenue of about ₹1.5-lakh crore across vehicle segments for OEMs and around ₹90,000 crore in the form of disbursements for vehicle financiers, as per the analysis.

Besides government support, the EV segment is expected to be driven by shared mobility, battery swapping and shift from combustion engine vehicles. Further, CRISIL does not rule out EV penetration reaching 15 per cent in two-wheelers, 25-30 per cent in three-wheelers, and 5 per cent in cars and buses by fiscal 2026 in terms of vehicle sales.

As per data on government's Vahan portal, the share of electric three-wheelers in the country increased to almost 5 per cent from less than 1 per cent in fiscal 2018. The percentage of electric two-wheelers and buses rose to almost 2 per cent and 4 per cent, respectively, as per the analysis, which also suggested that the shift is not limited to large cities either. Smaller towns too are hopping on to the EV bandwagon, driven by the government’s fiscal and non-fiscal measures, the CRISIL analysis stated.

It further noted that various startups with new-age business models as well as OEMs with an established business have showed interest in manufacturing EVs. With many state governments providing demand incentives, and capital assistance for setting up greenfield manufacturing plants, EV revolution is getting momentum, CRISIL said.

It predicts that by 2026, the adoption of electric two- and three-wheelers will rise even without subsidy, due to parity of ownership cost with ICE vehicles. Additionally, new trends and business models such as Battery-as-a-service and public charging stations, as well as pay-per-use model will emerge.