Out the roughly 71,000 preorders for Rivian's R1T pickup truck and R1S SUV in the US and Canada, majority are for a smaller battery pack version.The bigger battery pack, called Max pack, accounts for only 20% of the total preorders.
By : HT Auto Desk
| Updated on: 29 Dec 2021, 09:35 AM 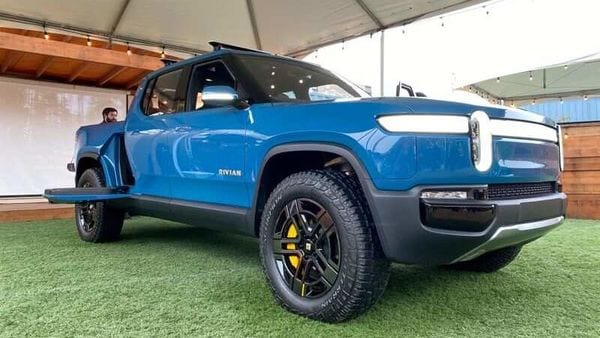 US EV maker Rivian Automotive will delay the deliveries of its electric pickup truck and SUVs with big battery packs to 2023, the company's CEO RJ Scaringe informed customers in a mail.

Out the roughly 71,000 preorders for the brand's R1T pickup truck and R1S SUV in the US and Canada, majority are for a smaller battery pack version of the vehicles which delivers 314 miles of range on single charge. Thus to serve the largest number of customers who have placed preorders, the company will prioritize building the Adventure Package with small pack battery during the next year.

This will be followed by Explore Package preorders and vehicles with a Max pack battery configuration in 2023. “In setting our delivery timing, we optimized our build sequence around the build combination that would support us ramping as quickly as possible and therefore have the largest possible positive climate impact," Scaringe wrote in the mail that was posted by a Rivian customer on Reddit.

After the electric vehicle maker had reported its first quarterly results as a listed firm earlier this month, Scaringe had highlighted the production challenges due to the ongoing global supply-chain crisis, the Covid-19 pandemic, a tight labor market as well as short-term issues around building electric battery modules.

The company has already delivered 386 of the 652 vehicles that it built, including its pickup and SUV. The bigger battery pack, which is called the Max pack, is claimed to deliver 400 miles of range on a single charge. Only 20% of the total preorders were for the Max pack.

In order to keep its customers updated about the vehicle delivery status at all times, the EV manufacturer said that in early 2022 it will introduce a feature on their Rivian accounts that will display their current delivery timing estimate.