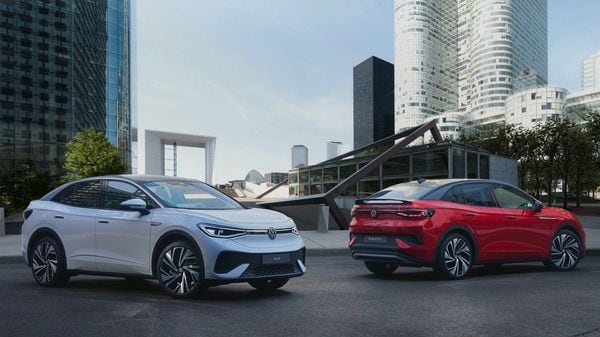 The conventional wisdom to date has been that the charging networks have largely been waiting for the cars to get up to speed.

Stay on top of the electric car revolution by signing up to our Hyperdrive newsletter here.

Limp up to a public charging station in a thirsty Chevrolet Bolt and in 20 minutes you can add somewhere around 73 miles of range. However, do the same in a Ford Mustang Mach E — at the same charger — and you’ll probably make it twice as far. The Porsche Taycan driver is good for another 200 miles and change. Danke schoen.

Range anxiety is slowly giving way to charging speed as the critical metric among the swelling crowd of EV-curious consumers. On this front, the machines vary wildly. But like many things in EV-land, it’s a little wonky. Time needed to top up isn’t simply a specification as much as an equation that depends largely on two variables: the capacity of the charger and the capacity of the car itself to take a charge. The Bolt, for example, can take on 55 kW, which is the limiting factor at a 100 kW charger. If one thinks of the stream of electrons as a liquid, this would be the width of the hose and the size of the funnel.

The narrative to date has been about the hose: how fast can it pump? But the funnel, coming to the fore, is about to be a massive story. This week, Lucid announced the first deliveries  of its Air sedan, which offers a peak charging rate of around 300 kW. At the proper plug, the sinuous sled will be able to add 300 miles of range in 20 minutes. In topping up, the Lucid zips right past Porsche, which planted its flag in this battleground early on, dialing up the max charge capacity on its Taycan models to 270 kW. Following in order of charging capacity is Tesla and then Volvo — neck and neck with Ford at 150 kW. Jaguar’s I-Pace clocks in at 104 kW, ahead of the Bolt and Nissan Leaf, down around 50 kW.

Massaging seats are a treat, but real luxury in the future of transportation is not having to spend an extra half-hour at the Vince Lombardi Service Plaza on the New Jersey Turnpike. But nearly all of the currently available EVs are about to become a bit passé at the electron pump.  Hyundai has three vehicles coming by the end of next year that will charge at Porsche-like speed; this week, the Korean automaker announced a fourth, a bruiser SUV that will drop in 2024. GMC’s Hummer EV, already in the wild, may beat the whole lot with a peak charge rate around 350 kW (think: 100 miles in 10 minutes).

Meanwhile, charging networks, many showered in SPAC money, are standing up extra fast pumps in a bid to differentiate themselves in advance of the coming wave of electric vehicles. It’s a dynamic not unlike smartphones in the age of Instagram; the iPhone chips are only as slick as the cell towers. If both sides are eager to please it’s the kind of consumer-centric virtuous cycle that could further accelerate EV adoption — ultra-fast sounds good.

EVgo Inc., a network of 850 charging stations in the U.S., is installing a 350 kW unit in almost every new site that it builds. “We’re skating to where the puck is going and the puck is going to higher power," chief commercial officer Jonathan Levy told me.

At Electrify America’s 670 or so U.S. stations, a smattering of 50kW pumps have been torn out; 150 kW units are now the minimum and about half of the sites have two 350 kW boxes just waiting for the parade of vehicles from Lucid and Hummer. “Charge rate is extremely important … and it will start to accelerate exponentially in the next 12 to 18 months," said Robert Barossa, EA’s senior director of sales, business development and marketing. “Everyone’s kind of pushing faster and faster and faster, because that’s what consumers want."

The conventional wisdom to date has been that the charging networks have largely been waiting for the cars to get up to speed. But they soon may find themselves rushing to keep up. You can bet the first Hummer driver to trundle up to a “fast" 50 kW plug is going to want to speak with a manager.